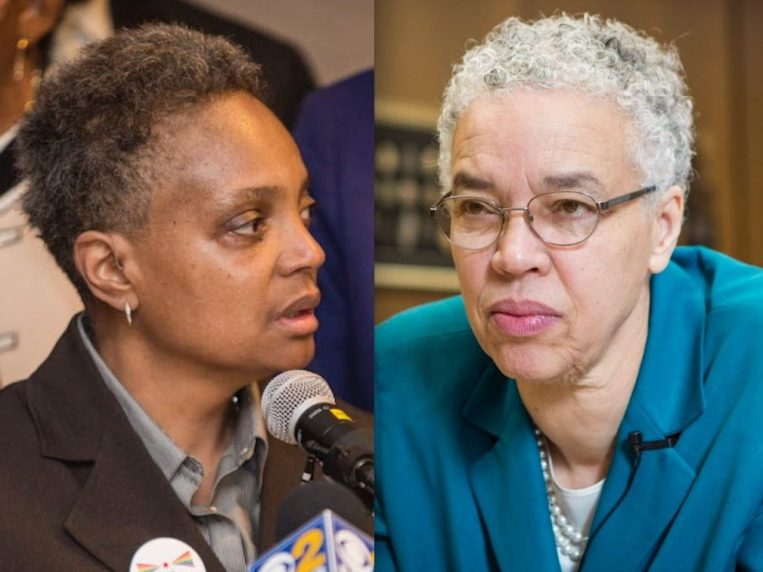 The US city of Chicago has made history by electing an African-American woman as its mayor for the first time.

Lori Lightfoot is a former federal prosecutor who has not held political office before.

She fought off competition from 13 other candidates and dominated the final run-off election with more than 74% when the vote was called.

Ms Lightfoot is also the city’s first gay mayor and celebrated on-stage with her wife and daughter.

“Out there tonight a lot of little girls and boys are watching. They’re watching us. And they’re seeing the beginning of something, well, a little bit different,” she told a crowd celebrating her victory on Wednesday night.

The 56-year-old was viewed as an outsider to the race, and campaigned on a platform to end political corruption and help lower-income families.

Gun crime and policing were also high on the agenda in a city plagued by high levels of gang violence and murder.

Ms Lightfoot previously led the city’s police accountability task force. The body was set up after the death of a 17-year-old named Laquan McDonald at the hands of a police officer in 2014 and subsequent alleged cover-up.

Ms Lightfoot joins a growing rank of record breakers being elected to high-profile mayoral office across the country.

Seven other US cities including Atlanta, New Orleans and San Francisco are now also led by black women.

She will take over office from Mayor Rahm Emanuel, who previously served as chief of staff under former President Barack Obama.