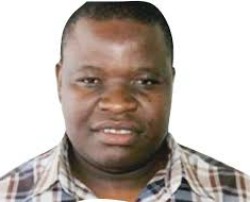 SOUTH African football giants Kaizer Chiefs have reportedly shown an interest in Chicken Inn forwards, Mitchell Katsvairo and Edmore Chirambadare.
Katsvairo, the scorer of the winning goal against Dynamos in the Independence semi-final, was the match winner again on Monday as Chicken Inn beat city rivals Highlanders 2-1 to lift their maiden Independence trophy.
According to Soccer24, Katsvairo- a former FC Platinum striker-and his team mate Chirambadare recently had a trial stint at Naturena and reports suggest the pair impressed and could be joining the South African Glamour club.
Chicken Inn chairman Lifa Ncube said: “The boys performed gallantly and we’ve had a few enquiries from South African clubs about some of our players.
“We’ll not stand in any player’s way. We’re ready to strike deals.”
Amakhosi are expected to overhaul their squad in the off-season, with Morgan Gould and Siphelele Mthembu leading the list of players on the way out.
Should they join Kaizer Chiefs Chicken Inn forwards will link up with fellow Zimbabwean and Warriors captain, Willard Katsande, who is on the club’s books.
Other Chicken Inn players, Captain Danny Phiri, Tafadzwa Kutinyu and Moses Demera have this week been on trials with another South African club, Golden Arrows. Golden Arrows are also home to another Zimbabwean Kuda Mahachi.Advertisement