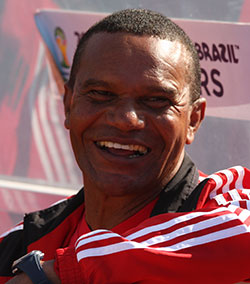 CHICKEN Inn assumed pole position in the league Saturday when they beat How Mine 1-0 at Luveve Stadium in Bulawayo.
They now lead the standings with 15 points after five wins and one loss in six starts, one point ahead of defending champions Dynamos and two ahead of former leaders Triangle.
Tafadzwa Kutinyu scored the priceless winner 30 minutes into the match after he headed home past How Mine goalkeeper Donovan Bernard.
However, Chicken Inn ended the match with 10 players after midfielder Danny Phiri was shown the red card 10 minutes from time for a second bookable offence.
Elsewhere, FC Platinum continued to sing the blues when they became the first team to lose to Hwahwa this season at Ascot in Gweru, going down 2-1.
Roy Useni gave Chapungu the lead in the 45th minute before Tarisai Rukanda made it 1-1 into first half injury time.
But Useni completed his double on the hour heading home a cross from veteran former Lancashire Steel striker Malvern Nyakabangwe.
Platinum have lost four matches in a row and dropped into the relegation zone with four points from one win and a draw, putting coach Norman Mapeza under increased pressure.
Mapeza said at the end of the game: “We controlled the match but we failed to score; you start getting worried.”
The Platinum miners executive has solidly stood behind their coach despite the downturn of fortunes.
On Sunday, there were reports that Mapeza had been fired and replaced by a Malawian coach, but the club quickly refuted the claims.
This week Platinum kick off Week 7 with a home clash against Tsholotsho on Friday – a game which might determine the coach’s future at one of the best administered clubs in Zimbabwe.
WEEKEND RESULTS
Sunday: Caps United 1-1 ZPC Kariba, Dongo Sawmills 0-1 Highlanders, Tsholotsho 0-0 Buffaloes, Chapungu 0-0 Hwange
Saturday: Chicken Inn 1-0 How Mine, Hwahwa 2-1 FC Platinum, Flame Lily 1-0 Triangle, Harare City 0-0 Dynamos