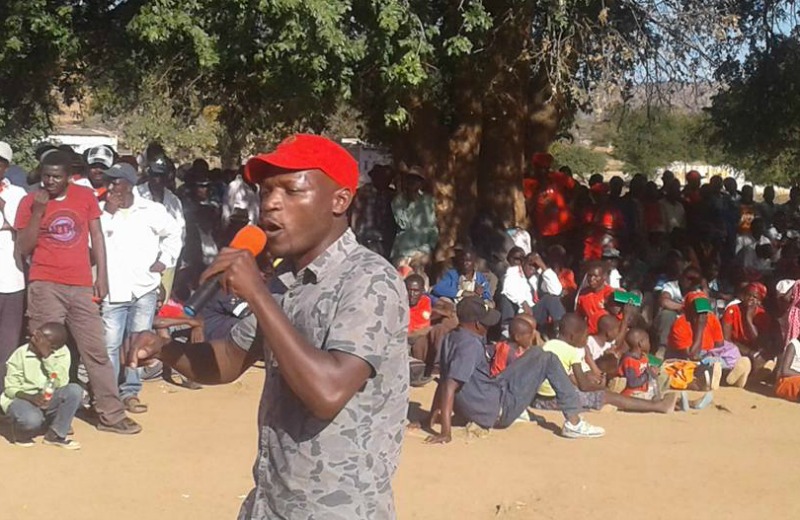 MUTASA: Most Zimbabwean youths are likely to live their entire lives without experiencing how it feels to receive a pension or a payslip for as long as President Emmerson Mnangagwa and his Zanu PF party remain at the helm of the country.

This was said by former MDC youth leader and now Highfields MP, Happymore Chidziva during a victory celebration held for Mutasa South legislator, Regayi Tsunga in Penhalonga on Sunday.

“If I look at the generation of people who are here today, we are not going to have any pension or have a feeling of what is called a payslip,” Chidziva said.

“If we leave Emmerson Mnangagwa to continue with his misrule, surely we are going to reach retirement age without even going to work.”

Chidziva, who is also MDC deputy national organising secretary, said most parents in the country invested their pensions in educating their children but it was now apparent they will never enjoy any returns as jobs were ever scarce.

“Most of us here, we were educated on pensions from our parent’s savings but we cannot pay back because there are no jobs in our country,” he said.

The MDC MP said Mnangagwa was taking the people of Zimbabwe for a ride, adding, “we have been reduced to second class citizens”.

“Kune murume akutidherera (this man is looks down upon us). He thinks we are not Zimbabweans. He is taking us for fools. He is increasing prices of fuel and electricity every week. We can no longer eat meat as part of our balanced diet,” said Chidziva.

He said local communities should not wait for orders from their leaders in Harare to confront government on issues affecting their lives.

“Don’t wait for a signal from Harare; your empty pots and stomachs are enough a signal,” he said.

“Food aid is provided by the government and everyone should benefit. Food should not be hijacked and used as political weapon by Zanu PF.”

Addressing the same gathering, MDC Manicaland chairperson Prosper Mutseyami said it was surprising that government was turning a blind eye on prices of basic commodities which were spiraling beyond the reach of many.

“Prices of basic goods are spiraling out of control. Even the fees at the hospitals without doctors are going up. Life has become unbearable for the common people,” said Mutseyami.

He said the Zanu PF leadership was the source of all the misery that ordinary citizens were experiencing.

“The challenge is the leadership of the country. They are not honest and laws are no longer being respected. They are gamblers and they are gambling with our economy,” said Mutseyami.