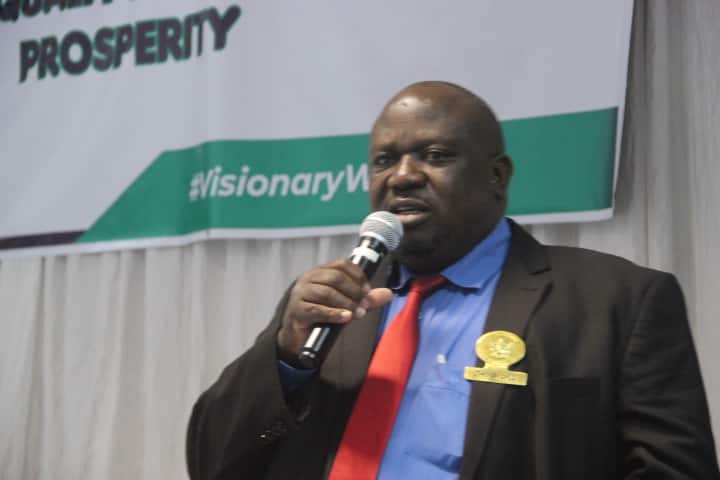 The chief told Freddy the money was to conceal rape charges brought against the preacher by his former girlfriend.

The woman is Chief Chikwaka’s niece.

The traditional leader appeared before Harare Magistrate Yeukai Dzuda and was remanded to March 30 on free bail.

The National Prosecuting Authority (NPA) alleges that sometime in 2020, Freddy was involved in a love affair with the chief’s niece.

It is alleged that during the affair, the woman started threatening Freddy that if he failed to meet her financial needs, she would expose their affair to the public.

Sometime in August 2021, Chief Chikwaka allegedly connived with her to extort money from Freddy.

The chief then allegedly summoned him to his homestead in Goromonzi.

On arrival, Freddy was informed that there were some police officers who wanted to extort him, and he decided to return to Harare without meeting the chief.

The court papers show that Chief Chikwaka, in the company of a former senior police officer Gibson Jaji, and other cops, followed the pastor, and along the Nyamapanda-Harare road, they blocked him from proceeding to Harare.

They allegedly apprehended him before they took him back to the chief’s homestead.

At the homestead, Chief Chikwaka accused Freddy of raping his niece and that he had slept with her before a year had lapsed since the death of her husband.

He told Freddy that he was supposed to pay something as a sacrifice and if failed, the chief threatened to storm the pastor’s church during service.

Freddy allegedly denied the rape charges and told the chief the allegations were a criminal offence that only the police could handle.

However, Chief Chikwaka continued to pile pressure on Freddy to promise payment of the US$15 000 and the three goats. He also forced Freddy to sign an agreement that was authored by Jaji.

The woman also allegedly told Freddy to hand over the money to her personally, or she would expose their love affair through social media.

Freddy is said to have succumbed to the pressure and gave the woman a Mercedes Benz E250 valued at US$15 000.