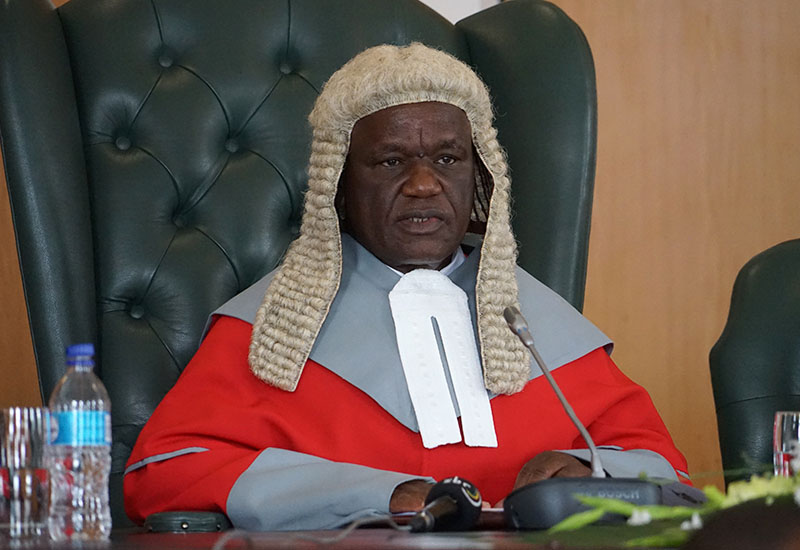 The country’s top judge made the remarks while officially opening the 2019 judicial year in Harare on Monday.

The comments were likely a response to the bitter row over the unanimous Constitutional Court ruling dismissing the challenge by MDC leader Nelson Chamisa against the July 30 presidential election results.

A furious opposition condemned the court ruling with MDC legislators booing and heckling Justice Malaba and calling him a “thief” in Parliament during the swearing-in of the Speaker last September.

In his speech Monday, the chief justice insisted that the rule of law requires that decisions of the court should be respected even where litigants do not agree with them.

“It is against this background that I call upon all litigants and the general population to respect legal processes and legal decisions.”

“It does not matter how much you agree or disagree with the decision arrived at by the court. That decision-making by the courts is foundation upon which the concept of the rule of law is built.”

He added; “Court decision may only be challenged by following proper legal processes such as appeal or review, this is the bedrock of the concept of the rule of law.

“Let us all respect our constitutional agencies and institutions, it is us Zimbabweans who put them in place.”