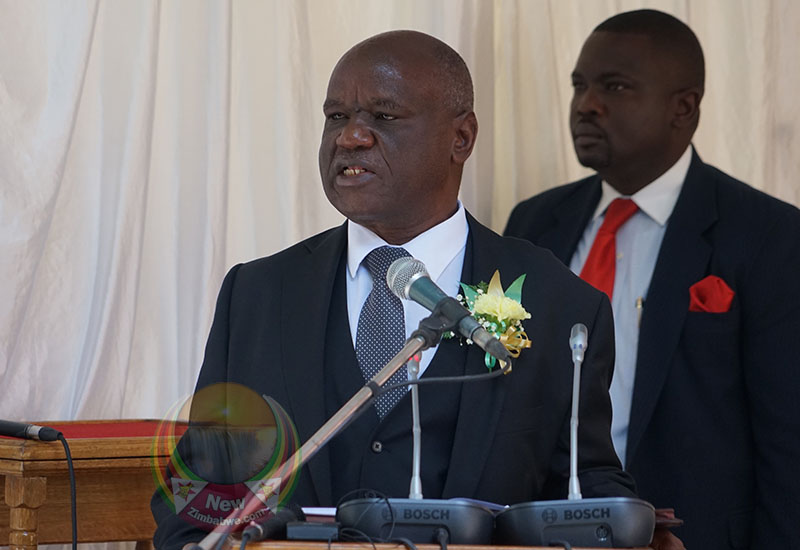 ZIMBABWEAN judges and magistrates are often forced to beg for transport from individuals who later appear in their courts as litigants.

This was revealed by their boss, Chief Justice Luke Malaba in a speech during the official opening of a new Labour Court building in Harare on Monday.

The event was presided over by President Emmerson Mnangagwa.

In his speech, Malaba implored government to prioritise the purchase of conditions of service vehicles and houses for judges and magistrates to preserve their dignity.

“We do appreciate Your Excellency the scarcity of foreign currency.

“It is necessary that some allocations be prioritised, acquisition of conditions of service vehicles for judges,” he said.

He added, “In the same vein, most of our magistrates have no accommodation of their own and vehicles. They are having to hike for transport from potential litigants.

“As JSC (Judicial Service Commission), we continue to look at ways in which we can ameliorate these difficulties so that judges and magistrates can concentrate on the core business of presiding over matters,” he added.

The country’s top most judge further said the judiciary awaits the foreign currency they requested from treasury for the purchase of houses and vehicles.

“We are still awaiting the provision of foreign currency which we requested from treasury,” he said.

Malaba said the judiciary has gone as far as engaging local banks for help.

“We have engaged FBC bank to provide those to magistrates so that they can acquire motor vehicles,” he said.

“We also entered into partnership with National Building Society to fund the construction of affordable houses for magistrates throughout the country. We have agreed with the bank that loans will be provided at low interest rate.” he said.