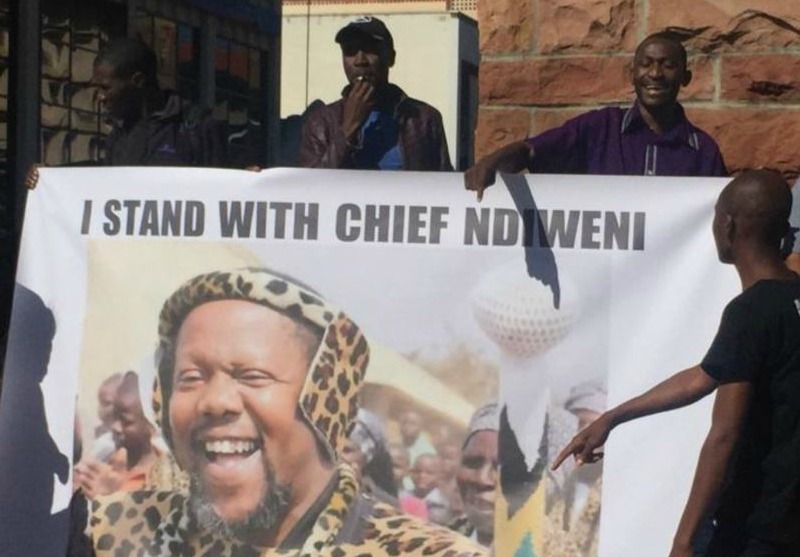 MATEBELELAND North traditional leader Chief Nhlanhlayamangwe Ndiweni has described as nonsensical, continued claims by the Zanu PF led government that sanctions imposed on Zimbabwe by Europe and America since 2001 were the main reasons behind the country’s failure to emerge from its economic abyss.

The outspoken traditional leader, who recently ruffled feathers within government corridors through open support for the sanctions, was addressing his subjects and journalists at his shrine Tuesday.

Chief Ndiweni said the main causes of the country’s crippling economic problems was massive corruption that the Zanu PF led administration has allowed to flourish.

“We can remove sanctions tomorrow. I guarantee you, your economic status will not change in one bit.

“If you don’t believe me, look at Iran. It has sanctions which are twenty fold than what we have, but their economy is much more powerful, it is doing things, why is that so?

Chief Ndiweni said the massive wealth being amassed by top government officials and individuals linked to the under-fire administration made a mockery of the claim that sanctions were the major cause of the people’s suffering.

“How does someone get so rich?” said the traditional leader.

“So that argument is nonsensical. It does not hold water.

“I don’t blame the people for having added one and one and get five because this message has just been constantly said over and over again, the ‘reason why we are struggling is because of the sanctions’.

Zimbabwe is in the throes of its worst economic crisis since the 2008 hyper-inflationary period.

President Emmerson Mnangagwa and his government insist the country’s problems would be a thing of the past in the next coming few years.

Mnangagwa has pinned his hopes on elusive foreign direct investment which could now turn out to be a big ask given continued fuel, electricity and foreign currency shortages in the once prosperous country.