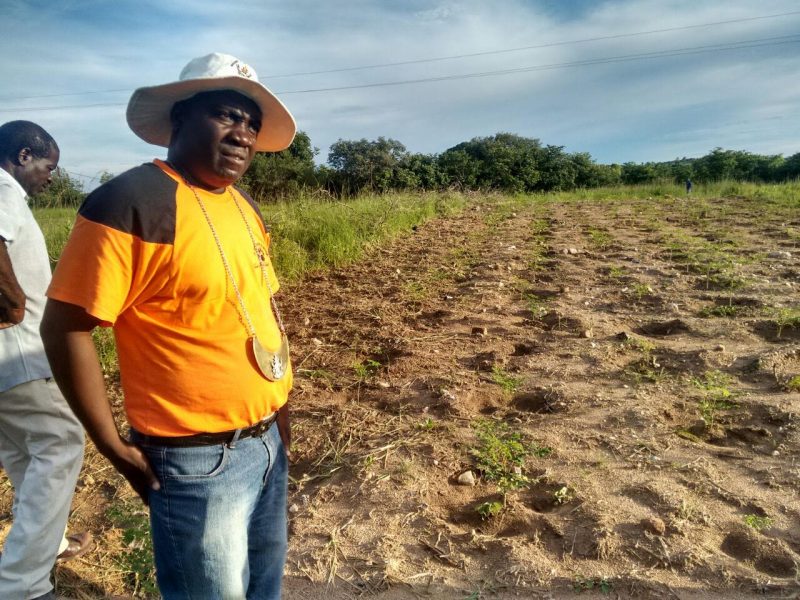 CHIEF Chundu has maintained the 63 families evicted from a farm in Hurungwe should retrace their ancestral roots and set homes there, rather than contest their eviction.

The traditional leader, born Abel Mbasera, told NewZimbabwe.com Friday the affected families lost a legal battle against the farm owner, Vincent Chigwedere, and must, therefore, go back to their original dwellings.

Following their recent eviction some of the families are spending sleepless nights on the roadside along the Harare-Chirundu highway.

Women and minors continue to bear the brunt of the adverse weather conditions that include rains and searing heat in the makeshift structures they now call home.

Chundu, who is also a Senator, insists the evictees must “go back home.”

Mbasera said: “These people, with the connivance of a spirit medium, had illegally settled on someone’s farm. The matter was dealt with at the courts and they lost.

“I have distanced myself from the drama as they have been lied to that l am behind their evictions. They have defied my leadership, so they must go back to where they came from. I could have helped, but l won’t.”

He added: “I now just pass by on my way to work and see those families by the roadside.”

The plight of the 63 families evicted from Waterloo farm by Chigwedere following a three-year dispute is contained in a recent situational report by the Zimbabwe Peace Project (ZPP).

Reads part of the report: “The evicted families moved to the farm in 2018 and the dispute was taken to courts and it is only in October this year that a court order was issued for their eviction.”

Following the court order, armed police moved in and forcibly remove the families from the farm.

It is reported the police asked the villagers to burn their own houses and move out of the farm within 48 hours.

Police also reportedly accused of using excessive force and left some of the victims injured.

Among other things the evictees were arrested for resisting arrest, failing to abide by a court order and assaulting the police.

The ZPP report further reads: “The families are in need of temporary shelter, food and other basic needs, especially for the young children who are in there are dozens. There are no toilets where they are living and they get their water from a dam several kilometres away.”

The security agents ransacked Benhura’s homestead in search of alleged farm equipment he got from MDC Alliance president Nelson Chamisa.

Chamisa was in November in Mashonaland West province garnering support ahead of the 2023 harmonised elections.