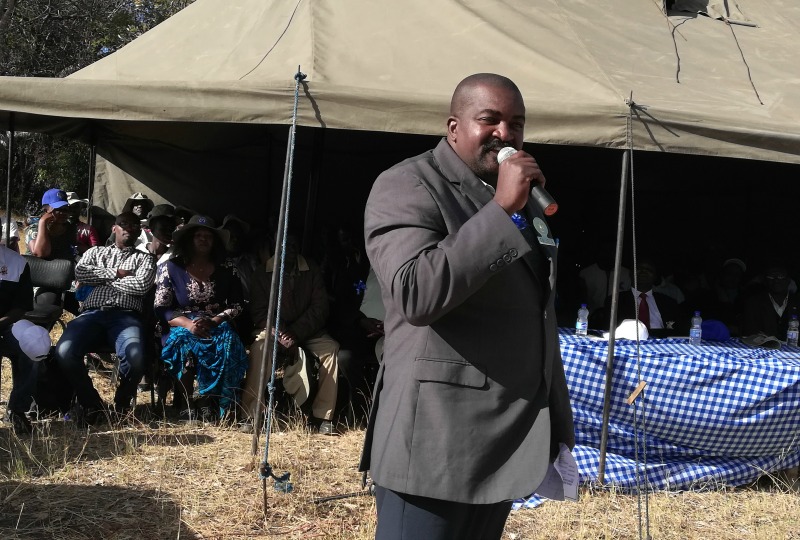 A traditional leader in Midlands has ordered over 20 families that illegally occupied land around Mbembeswane Dam to vacate the area for fear of one day losing their lives through possible floods.

Chief Ndabazinhle Wait Gwesela told villagers Friday at a water awareness campaign in Kwekwe District that he was not going to tolerate illegal settlers who have occupied the area around the water source.

“We want the illegal settlers who have occupied the area around the dam to be moved from the place,” Chief Gwesela said.

“We are not against the idea of people having farming land but we are against illegal settlers who occupy such dangerous places.”

He called on government to act on the matter.

The traditional leader pleaded with Kwekwe District Administrator Fortune Mupungu to also look into the issue.

“We have toured the area with the DA and he can agree with me that the place is very dangerous and people must be moved away from that area,” he said.

Chief Gwesela was also concerned some people settled around the area were damaging the environment.

“As a community, we need to be prepared in the event of unfortunate disasters such as flooding. It happened in Chimanimani only recently and people lost their lives.

“What we are faced with here is an avoidable situation and people must be moved away from that place and go back to wherever they came from,” he said.

A village headman in the area who preferred not be named told delegates during the tour of the dam that the illegal land occupants settled there with Zanu PF blessings.

“However, our hands are tied. We understand Zanu PF settled these people there and we cannot do much about it.

“If a directive is to come from the party, then we will act,” the village head said.

The ruling Zanu PF party has often been accused of invading and grabbing land on which it goes on to settle people for political expedience.