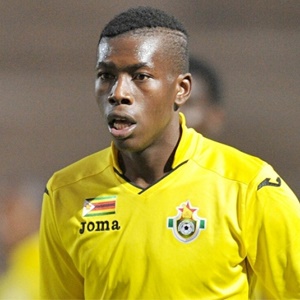 CAPE Town: Kaizer Chiefs are expected to make a decision on whether to sign Zimbabwe international Teenage Hadebe – the player is coming to the end of his one-week trial stint at the club.
The 19-year-old, who currently plays for Chicken Inn in his home-country, is a tall left-footed centre-back with a bright future in the game predicted.

Hadebe started a week-long trial with Chiefs on Monday (15 August) and it’s expected that Chiefs will make a decision on whether to sign him in the coming day or two.
Prominent Zimbabwean football agent, Gibson Mahachi, believes his client has the tools to succeed at Chiefs.
He told a Zimbabwean daily: “Hadebe is a good defender with a good body and skill…I’m confident he will do his best and impress the coaches at Chiefs.”
The Glamour Boys are currently thought to be potentially looking for a tall centre-back as cover for Eric Mathoho – the 26-year-old picked up a serious ankle injury while on duty for the South Africa under-23 national side at the Rio Olympics.