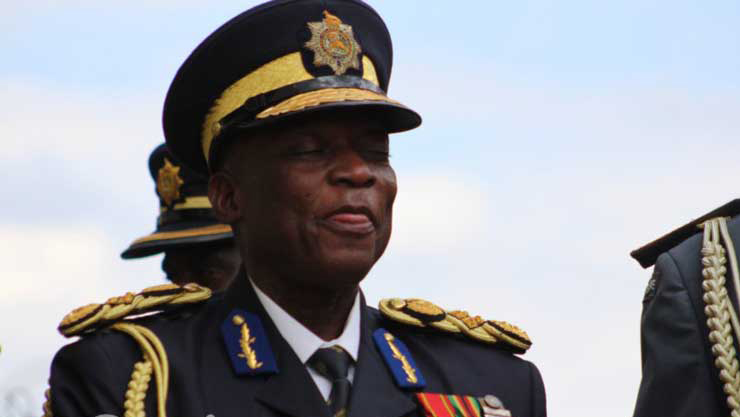 FORMER police commissioner general Augustine Chihuri was a no show again at parliament this Monday where he was expected to appear before the Mines and Energy committee regarding the ZRP’s involvement in the Marange diamond fields.

Legislator Temba Mliswa who chairs the committee was initially forced to postpone the meeting from March 23 to this week after Chihuri, former Finance minister Tendai Biti, Central Intelligence Organisation ex-boss Happyton Bonyongwe and former Mines secretary Francis Gudyanga did not pitch up.

While the others were present this time, Mliswa told the meeting that he expected Chihuri to be present while explaining that Biti was out of the country.

Home Affairs secretary Melusi Matshiya told the committee in March that he had failed to locate Chihuri.

“Upon receipt of the minute from parliament, I did ask the police to contact individuals as per that minute and I received the letter late and it became a problem locating some individuals,” he said last Friday.

“They couldn’t be located at their known addresses and the same (goes) for the former commissioner general, nobody could tell us where he is.”

Mliswa responded with a query, “Honestly speaking in this country the former commissioner general is not known where he is?”

Matanga concurred with Matshiya that invitation letters came late and further requested that the meeting be postponed to give him more time to locate the absent individuals and also prepare his own presentation.

“We only received the invites late in the afternoon and, in all honesty honourable chair, it is also very honourable to give time to the invited people to prepare themselves,” he said.

Matanga added, “I was going to say on the same note, I am in the process of looking for the (missing) individuals.

“With your indulgence, I was going to say if we could be given another date for them to come. I now have a fair understanding on who did what, but it would be fair for them to come and explain themselves.

“It would be unfair for me to say that the commissioner general does not know who lives where. This is really my responsibility; given enough time I would come to this house and say Mr Chihuri is at his house at number so and so.”

The committee’s investigation seeks to establish whether or not $15 billion was looted from Marange diamonds proceeds as claimed by former president Robert Mugabe.

The police are among those named in illegal take overs of the diamond mining fields which happened when Chihuri was still at the helm of the organisation.