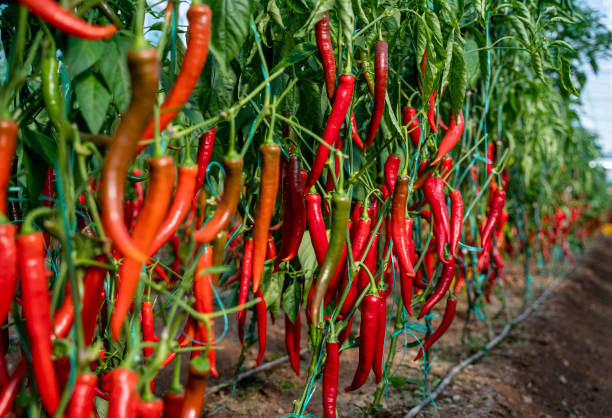 AS the Zimbabwean dollar continues to nosedive, some out growers in Manicaland province are considering withdrawing from Kacholo African Birds Eye chilli contract farming scheme as it is failing to pay them in in the more stable US dollar.

A Birchenough Bridge Department of Agricultural, Technical and Extension Services (AGRITEX) officer confirmed that this season, numbers of farmers in the scheme may dwindle due to the deteriorating economic environment.

When the scheme started, farmers used to enjoy lucrative pay days as Kacholo would pay them in US dollars.

Their joy was cut short after sudden policy changes forced the contractor to deposit all payments through banks, where farmers were then forced to access their money in the ever-weakening local currency.

Farmers from Birchenough Bridge irrigation schemes who spoke to

“We pay all our expenses incurred during the production cycle using US dollars, but at the end I get paid in the local currency whose value would have been eroded. When the payment reflects in my account it will be in US dollars, but we withdraw Zimbabwean dollars.

“Due to bank limits, I will be forced to access my full payment in cash through the black market, where they charge almost half of my returns,” said a female chilli grower, Roina Magadzika.

She added that Kacholo must bring an agent to the communities, where farmers can withdraw their payments without any hustles.

Ugaro Speyiye from Deure irrigation scheme said chilli growers must be given a waiver similar to tobacco and cotton farmers, whereby a percentage of their payments will be allocated in greenbacks while the other is given in local currency.

Makuyana added that there is a pool of polices that influence the micro and macro environment which are regulated by the ministry.

Kacholo regional manager, Josphat Mutsambwa refused to comment on the pretext that he is not responsible for speaking to the media.

The head office contact number that Mutsambwa referred to, which is also on Kacholo’s website, was not available.

There was no response to emails sent by the time of publishing.

Kacholo issues out hybrid African birds eye chilli seedlings to each farmer while inputs like fertilizers and crop protection products are supplied on credit whenever they need them.

After the production cycle, Kacholo receives the chilli at central buying points before it is packaged and supplied to Nandos and other export markets.