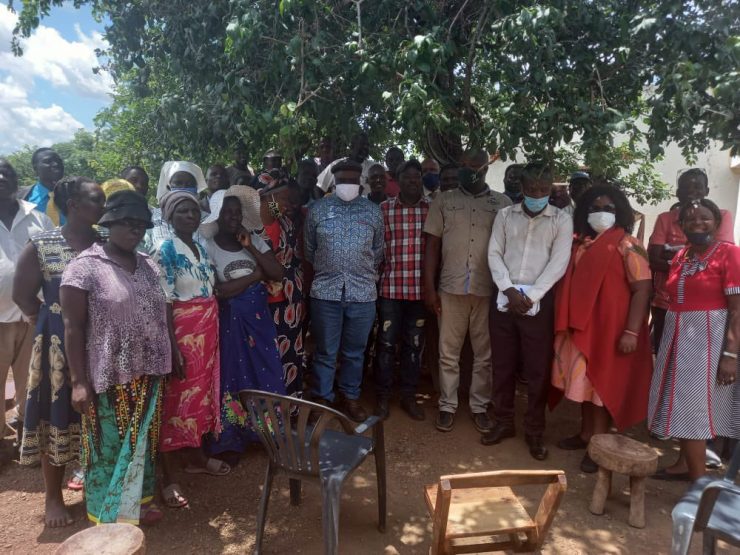 THE Chilonga people, who have settled in the lowveld for over five centuries and now face eviction from their ancestral land to pave way for grass production, claim they are being targeted by the government who treating them as outcasts.

The Chilonga people, who are predominantly Shangani, have raised a tribal flag following a notice of eviction served by the government last month.

The move prompted the opposition MDC Alliance to embark on a fact-finding mission last weekend.

They complained the Zimbabwe government was targeting them as they are a minority.

“I’m reproducing their own testimony. They think that their displacement is a grudge by the government against the people of Nguni extraction in this country,” said Biti.

Biti added: “They have identified certain individuals in the current government who have been involved in the predatory assault on Nguni people from Gukurahundi to present time.  So they keep on asking if you (government) don’t want us as Nguni people in this country tell us so that we go back to South Africa and Mozambique.”

Biti said the Shangani-speaking people were displaced twice before independence in 1980 and are even more concerned on why they are now more vulnerable under black majority rule.

“Grass is not development. There is no beneficiation. Why do you require 12 000ha to grow grass? Why are under-utilised farms not being utilised? This is toxic extraction and corruption.”

Responding to questions in Parliament last week, Justice Minister Ziyambi Ziyambi said Mnangagwa was empowered by law to gazette any land as long it is in the national interest.

“Communal land is vested in the President and Honorable Biti appreciates that any land even one that you have title deeds to, if there is a project of national interest to be carried out, the President can cause it to be gazetted and you can be relocated elsewhere,” Ziyambi said.