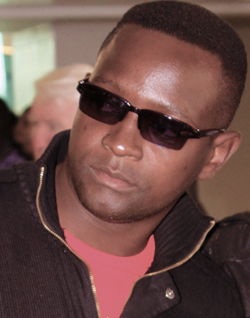 SUNGURA musician Sulumani Chimbetu has, for the second time this year, been dragged to court by his ex-wife, Marygold Rutendo Mutemasango for defaulting $800 maintenance fee for their two minor children.
Chimbetu appeared before magistrate Anniah Ndiraya and was freed on $50 bail.
He will be back in court on June 8 for trial.
Chimbetu, who is denying the charges, notified the state that he intends to apply for referral of his case to the constitutional court on his next appearance for further determination.
Through his lawyer, Cornwell Mutevhe, Chimbetu told court that section 23 (1) of the Maintenance Act that forms an offence is vague and in breach of his right to a free and fair trial.
He said the section is subjected to a sub section that does not exist in the Act.
Prosecutor, Devoted Gwashavanhu Nyagano, alleges that on 19 December 2016 at Harare Civil Magistrate court, Sulumani was ordered to pay $800 per month as maintenance fee for the upkeep of his two children.
He allegedly defaulted in paying the maintenance fee for the month of April.
Chimbetu appeared in court facing same allegations in March this year.
Again, he denied the charges and was removed from remand after Mutemasango withdrew charges against him.Advertisement