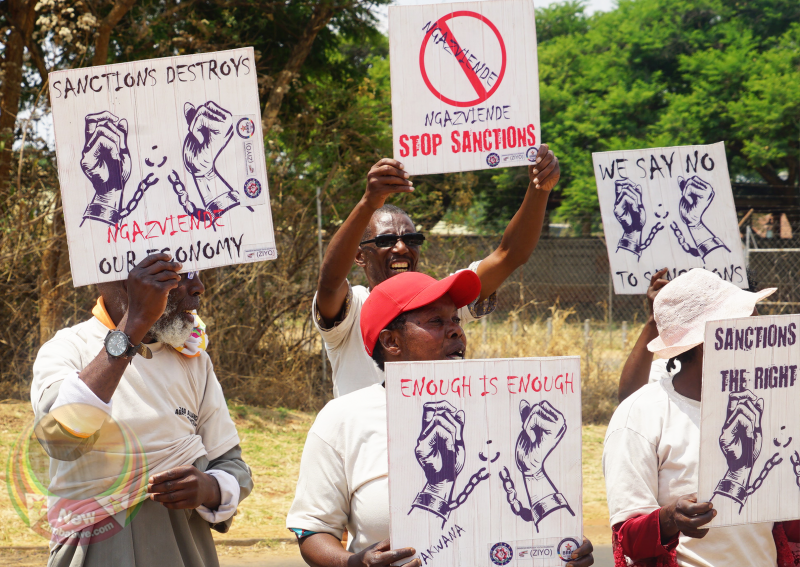 WESTERN sanctions imposed on Zimbabwe violate the country’s sovereignty and undermine people’s right to development, a Chinese official has said.

Wenbin was responding to a question on China’s thoughts on Western imposed sanctions on the former British colony.

“We reiterate our call for the US and certain countries and organisations to lift illegal sanctions on Zimbabwe soon and take concrete actions to remedy the humanitarian consequences these sanctions have caused.

“The 39th SADC Summit held in 2019 named October 25 as the Anti-Sanctions Day and called on the US and some other Western countries and organisations to remove illegal sanctions on Zimbabwe.

“Today, on the occasion of the fourth Anti-Sanctions Day, multiple African countries have called for justice. China supports their voice,” Wenbin said.

The official added, “The decades-old sanctions imposed by the US and some other Western countries seriously violate Zimbabwe’s sovereignty, undermine its people’s right to development, and contravene the basic norm in international relations of not interfering in other countries’ internal affairs.”

October 25 is the Anti-Sanctions Day, which was declared by the Southern African Development Community (SADC) four years ago.

Zimbabwe held several events countrywide to press for the removal of the embargoes.

“We reiterate our call for the US and certain countries and organizations to lift illegal sanctions on Zimbabwe soon and take concrete actions to remedy the humanitarian consequences these sanctions have caused, instead of staying on the wrong side against international fairness and justice,” said Wenbin.

In the just concluded 20th National Congress of the Communist Party of China (CPC) in Beijing last Saturday, China pledged to continue its diplomatic affront, to promote world peace and development and building a human community with a shared future.

“It has drawn a grand roadmap and charted the course for the major-country diplomacy with Chinese characteristics on a new journey.

“China has always been committed to its foreign policy goals of upholding world peace and promoting common development, and it is dedicated to promoting a human community with a shared future.

“China remains firm in pursuing an independent foreign policy of peace and has always decided its position and policy on issues based on their own merits,” Wenbin said.

Also, during the general debate of the United Nations General Assembly (UNGA) recently, leaders of various countries called on the West to lift the illegal sanctions immediately.

Zimbabwe is China’s “all-weather friend” and the two countries enjoy bilateral relations, which have seen investors flooding the African nation over the past few years.