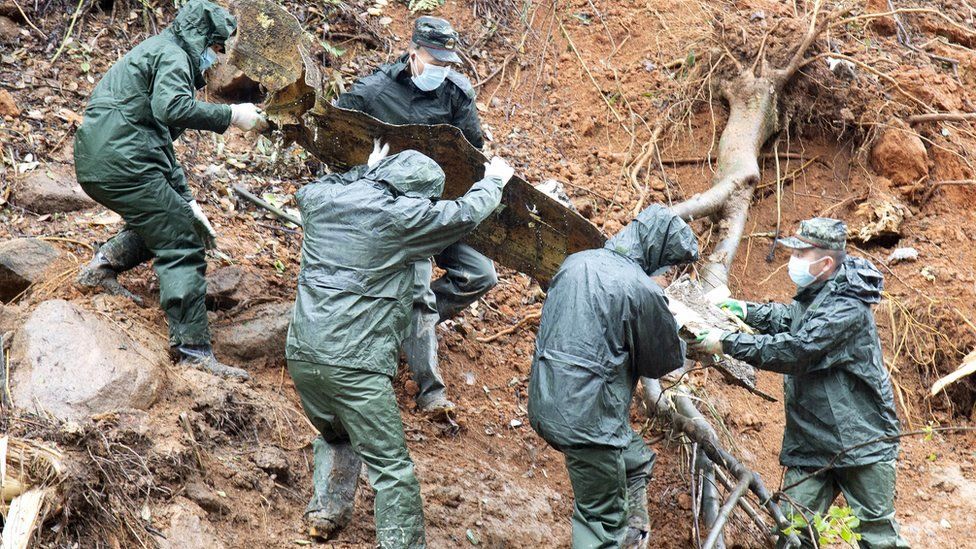 FLIGHT data indicates a China Eastern Airlines plane that crashed in March was intentionally put into a nose-dive, according to US media reports.

Investigators have so far not found any mechanical or technical faults with the jet, the reports say, citing a preliminary assessment by US officials.

The Boeing 737-800 was flying between the southern Chinese cities of Kunming and Guangzhou when it crashed.

All 132 passengers and crew on board the plane died in the crash.

“The plane did what it was told to do by someone in the cockpit,” according to the Wall Street Journal, which first reported the story, citing a person familiar with US officials’ preliminary assessment of the cause of the crash.

Data from one of the plane’s “black box” flight recorders, which was recovered from the crash site, suggested that inputs to the controls pushed the plane into a near-vertical dive, the report said.

ABC News, citing US officials, also reported that the crash was believed to have been caused by an intentional act.

Investigators looking into the crash are examining whether it was due to intentional action on the flight deck, with no evidence found of a technical malfunction, according to Reuters, which cited two people briefed on the matter.

China Eastern Airlines previously said the three pilots on board were qualified and in good health.

The airline separately told the Wall Street Journal that there was no indication that any of the pilots was in financial trouble.

China Eastern Airlines did not immediately respond to a BBC request for comment.

The Civil Aviation Administration of China (CAAC), which is leading investigations into the crash, also did not immediately respond to a BBC request for comment.

Last month, the CAAC said reports that the plane may have been crashed deliberately had “gravely misled the public” and “interfered with accident investigation work”.

Investigators are still in the process of analysing flight data and the wreckage from the crash, Chinese state media outlet the Global Times reported on Wednesday.

It also said the CAAC will continue to “carry out the accident investigation in a scientific, rigorous and orderly manner”.

The Chinese embassy in Washington, the US National Transportation Safety Board (NTSB), and plane maker Boeing declined to comment on the Wall Street Journal’s report, due to guidelines set out by the United Nations’ International Civil Aviation Organization.

“Under the rules regarding crash investigations… only the investigating agency can comment on an open-air accident investigation,” a Boeing spokesperson told the BBC on Wednesday. The company previously said it was assisting investigations in China and communicating with the NTSB.

The China Eastern Airlines plane that crashed was less than seven years old.