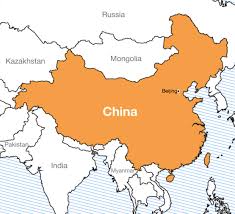 Chinese consumer spending grew at its slowest pace in 15 years and factories eased up in November, official data showed Friday, raising the prospect of fresh stimulus measures as the economy sputters.

The figures come just as Beijing and Washington engage in a painful trade row, while Chinese leaders are also struggling to kickstart demand at home as part of a drive to recalibrate the country’s main growth driver.

The National Bureau of Statistics said retail sales growth slowed to 8.1 percent, the weakest monthly pace since May 2003 and short of forecasts.

That comes after data at the weekend showed a sharp drop in growth for imports and exports as well as easing inflation, while the economy expanded at its slowest pace for nine years in July-September.

NBS spokesman Mao Shengyong said there “was little anxiety” about hitting China’s annual economic growth target of 6.5 percent this year, which is well down from the 6.9 percent registered in 2017.

But he added: “The environment is still severe and complex both at home and abroad, the economy is stable but still subject to changes and slowdown, and the downward pressure is mounting.”

He noted China must maintain employment.

Exports to the crucial United States market have held up so far but analysts forecast a dimming picture in the months ahead, reinforcing the need for China to rely on its legions of domestic consumers to fuel the economy.

“Talking about the impact of Sino-US trade frictions — it may directly affect imports and exports, but so far the impact is not large,” Mao said, adding that growth began to fall in November.

Beijing has taken measures to boost consumption such as tax cuts for the middle and lower class and making it easier for banks to lend, but the trade row with the US has sapped market confidence, dragging down Chinese equities and the yuan.

China’s leaders are reported to be preparing for their key Central Economic Work Conference next week where they will hammer out their broad plans for the next 12 months, with observers predicting a range of measures.

In another worrying sign, growth in output at factories and workshops fell to a 33-month low of 5.4 percent on-year, from 5.9 percent in October.

Growth at foreign-invested enterprises was sluggish. China’s auto sales have fallen sharply since this summer and analysts expect the country to register its first annual sales decline in three decades.

“The latest data show an economy that is under pressure on both the external and domestic front, with policy efforts to shore up growth still falling short,” said Julian Evans-Pritchard of Capital Economics.

China’s leaders are battling to manage a controlled stabilisation in the economy, changing it from one fuelled by exports and state investment to one that relies on domestic consumption.

The slowdown comes as Beijing battles a trade war with Donald Trump’s White House, which has seen both sides slam each other with tariffs on hundreds of billions worth of goods.

There is some hope in the two sides can resolve their differences, with Trump and Chinese President Xi Jinping agreeing a 90-day truce while they hold talks.

Stephen Innes, head of Asia-Pacific trade at OANDA, warned: “The data lend support to the market’s view that things will get worse in China before they get better, this despite investment rising.”

On the positive side, fixed-asset investment, a key economic driver, rose 5.9 percent for January-November, recovering from record lows in the summer.

China’s top group of officials on the Politburo said in a statement Thursday that major economic indicators will be kept within a reasonable range next year.