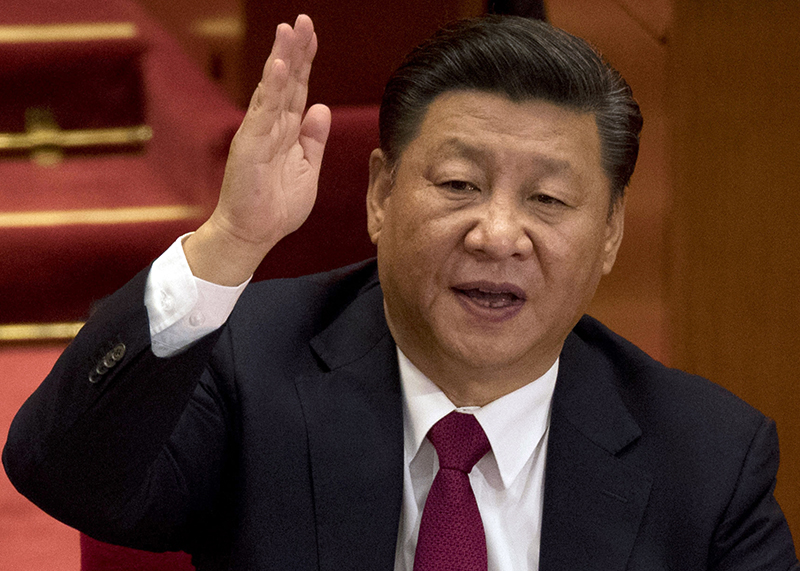 AT the just-ended 20th National Congress of the Communist Party of China (CPC), the ruling party made a key statement that under its leadership, China will continue on a path of transformation and progress.

The CPC congress, held once every five years, provides valuable opportunities for Zimbabwe and the rest of the developing world to emulate the processes and policies made by the Asian giant’s historic party.

After the resounding success of the congress, which placed President Xi Jinping at the leadership core, questions would inevitably arise as to, what’s next?

The party gave a resounding answer.

Within the bigger context of moving towards the “Second Centenary Goal” of building “a modern socialist country that is prosperous, strong, democratic, culturally advanced and harmonious”, the next five years will be crucial.

In his speech, among other things, President Xi outlined a number of targets.

This builds on the successful achievements seen under the First Centenary Goal of achieving a moderately prosperous society in all respects. Put simply, Chinese people now live under better conditions at capita levels, something that is buttressed by the fact that the country has managed to lift the majority of its 1.4 billion people from poverty.

People earn better, access better services from Government and are secure from vulnerability and poverty.

With the new vision espoused by the ruling party with President Xi at the core, Chinese people are set to achieve more.

In his speech at the Congress the leader laid out his vision for China for the next five years and beyond, which includes but is not limited to breakthroughs in promoting high-quality economic development; achieving greater self-reliance and strength in science and technology; making major progress in creating a new pattern of development, and building a modernized economy.

There are several lessons that the world should learn from the speech by Xi which is key for political, social, and economic stability.

High-quality development means a change from seeking growth to seeking better growth, and  has been set as the theme for China’s economic and social development in the 14th Five-Year Plan (2021-2025) period and beyond, and it concerns the overall situation of the country’s socialist modernization drive.

Further, as socialism with Chinese characteristics has entered a new era, China’s economic development has also embarked on a new phase, the basic feature of which is that the economy is now transitioning from rapid growth to high-quality development.

This path of high quality development is a model that many developing countries could pursue, adapting it to local conditions.

According to the think tank, St Jamestown Foundation the “self-reliance” is a doctrine by China “to rely primarily on the domestic economy as the engine of growth”. It is anchored on what is known as “dual circulation” policy to reorient China’s economy to become more self-reliant on its domestic market not only to provide resources and technology, but also to stimulate demand. According to the explanation given by the above-mentioned think tank, dual circulation dovetails with other efforts to achieve greater self-reliance including the push to internationalize the Yuan and create a digital currency so as to reduce dependence on the international financial system; promotion of indigenous technological development and innovation through the Made in China 2025 Initiative in order to obviate reliance on foreign technology; and leveraging of domestic enterprises to achieve a world class military through Military Civil Fusion. Agriculture and energy production, are some of the areas covered. If this is achieved in the next five years, China – with President Xi at the core – will achieve great things for its people and humanity in general.

President Xi’s philosophy of a new pattern of development is focused on the domestic economy and features positive interplay between domestic and international economic flows, according to explanations that he has previously given. It involves expansion of domestic demand integrated with the efforts to deepen supply-side structural reform. According to this plan, efforts will be made to boost the dynamism and reliability of the domestic economy while engaging at a higher level in the global economy.

A review of the speech and the above discussion shows that China, with President Xi at the core of leadership of the ruling CPC, is focusing on both domestic and global betterment. With more years of the CPC, the approach by China – especially its peaceful development and focus on an multilateral global order – is a huge benefit for people of the world.

The writer is a researcher with a Harare-based think-tank