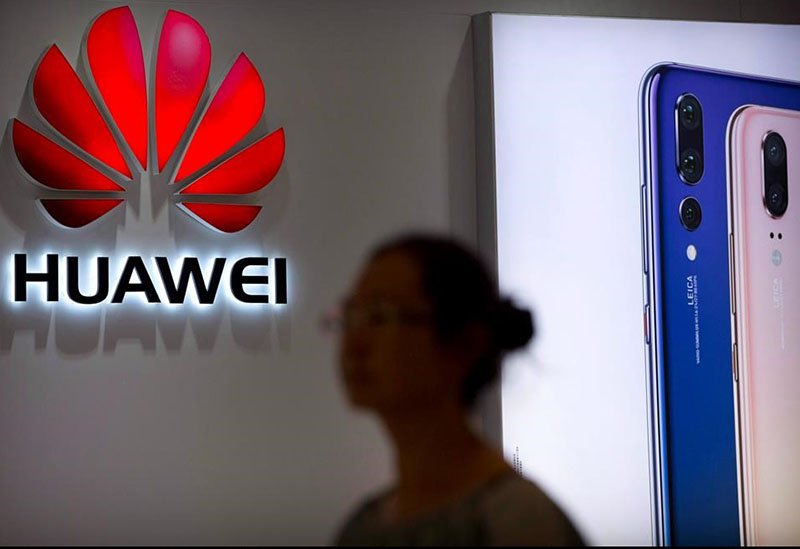 China reacted furiously Thursday after a top executive and daughter of the founder of Chinese telecom giant Huawei was arrested in Canada following a US extradition request, threatening to rattle a trade war truce with the United States.

The detention of Meng Wanzhou, Huawei’s chief financial officer, comes after American authorities reportedly launched an investigation into suspected Iran sanctions violations by Huawei, which was already under scrutiny by US intelligence officials who deemed the company a national security threat.

The arrest stirred tensions just as the United States and China agreed to a ceasefire in their trade spat while negotiators seek a deal within three months.

“We have made solemn representations to Canada and the US, demanding that both parties immediately clarify the reasons for the detention, and immediately release the detainee to protect the person’s legal rights,” Chinese foreign ministry spokesman Geng Shuang told a regular press briefing in Beijing.

Meng was arrested in the western city of Vancouver on December 1, Canada’s ministry of justice said in a statement on Wednesday, prompting China’s embassy to say it had “seriously harmed the human rights of the victim”.

The ministry said the US is seeking her extradition and she faces a bail hearing on Friday, adding it could not provide further details due to a publication ban that was sought by Meng, whose father, Huawei founder Ren Zhengfei, is a former Chinese People’s Liberation Army engineer.

Huawei, which overtook Apple as the world’s number two smartphone maker this year, said it was unaware of any wrongdoing by Meng and was provided “very little information” about the charges.

The Wall Street Journal reported in April that the US Department of Justice had opened an investigation into suspected violations of Iran sanctions by Huawei.

The New York Times said the company had been subpoenaed by the US Commerce and Treasury Departments over alleged violations of Iran and North Korea sanctions.

“China is working creatively to undermine our national security interests, and the United States and our allies can’t sit on the sidelines,” said US Senator Ben Sasse in a statement linking the arrest to US sanctions against Iran.

The arrest occurred on the same day that US President Donald Trump and Xi struck the trade war truce at a summit in Argentina.

Ye Tan, an independent Chinese economist, said Meng’s arrest could be used as a “bargaining chip” in the trade talks.

“The talks will continue but it’s going to be a lot more tense with higher stakes,” Ye told AFP.

But Geng, the foreign ministry spokesman, said both countries will follow the agreement reached by Trump and Xi to “increase consultations, and work towards an earliest possible mutually beneficial agreement”.

The commerce ministry said separately it will “immediately implement” measures reached under the trade truce, which includes agricultural products, energy and autos, and was “confident” a deal could be reached in the coming 90 days.

News of her detention rippled through Asian stock markets, with Shanghai and Hong Kong falling and tech firms among the worst hit.

Huawei is not the first Chinese telecoms equipment firm to face the ire of US authorities.

Earlier this year, the US imposed a seven-year ban on the sale of crucial US components to Chinese smartphone maker ZTE after finding it had failed to take action against staff who were responsible for violating trade sanctions against Iran and North Korea.

The ban nearly destroyed the Chinese tech company, forcing it to cease major operations in May.

A month later, Washington and Beijing reached a deal that would strike ZTE from the sanctions list — just days after China reportedly offered to ramp up purchases of American goods to reduce the trade imbalance with the US. American officials denied any connection between the two.

In exchange, ZTE agreed to pay a hefty $1 billion fine and put an additional $400 million in escrow in case of future violations. It was also ordered to replace its board of directors and retain outside monitors.

The case showed that China is highly dependent on imports of US-made semiconductors or computer chips and reinforced Beijing’s need to become self-reliant on this key technology.

Huawei is one of the world’s largest telecommunications equipment and services providers.

But its US business has been tightly constrained by worries it could undermine American competitors and that its cellphones and networking equipment, used widely in other countries, could provide Beijing with avenues for espionage.

In May, the Pentagon said that devices from Huawei and ZTE posed an “unacceptable” security risk. Personnel on US military bases are banned from buying ZTE and Huawei equipment.

Over the summer, Australia barred Huawei from providing 5G technology for wireless networks in the country over espionage fears.

New Zealand followed suit in November, but said the issue was a technological one.