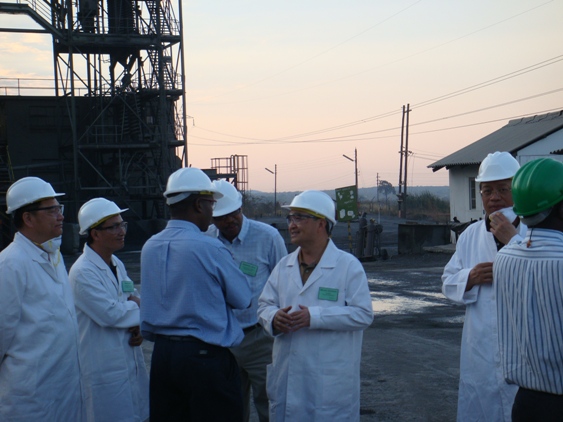 ZIMBABWE Mining and Smelting Company (Zimasco) is set to lay-off a further 370 workers at its Peak Mine in Shurugwi, sources familiar with the development said on Tuesday.
The company has so far retrenched 500 workers, mainly miners at the Shurugwi operations, citing diminishing ferrochrome ore deposits at the mine and a shift in business strategy towards smelting activities.
Early this year, Zimasco’s general manager for marketing and administration, Clara Sadomba said the company will retrench half of its 3,000 workforce, citing poor metal prices and the need to contain operational costs.
“The mining firm in Shurugwi is planning to retrench 370 workers starting from next month (October).
“Currently, the management, workers and retrenchment board are in talks concerning the issue. The firm is citing poor metal prices and high operational costs among other things,” an official who spoke on condition of anonymity told The Source.
The ferrochrome firm has proposed to give workers, some who have served the company for more than 40 years, $1,700 as packages.
Workers however, have declined the offer demanding that houses be added to the package.
“This is an insult to us as workers. Why should the company not give us those houses as compensation rather than this mere $1,700 package?” one worker queried.
Zimasco general manager for mining, Namatai Mapfumo could not be reached for comment as he was reportedly in a meeting as from yesterday.
The company started mining operations in Shurugwi in 1926 and shut down its Railway Block mine a decade ago citing low ore deposits.
In addition to mining, it has a ferrochrome smelter in Kwekwe.
Zimasco is 73 percent owned by China’s Sinosteel Corporation.Advertisement