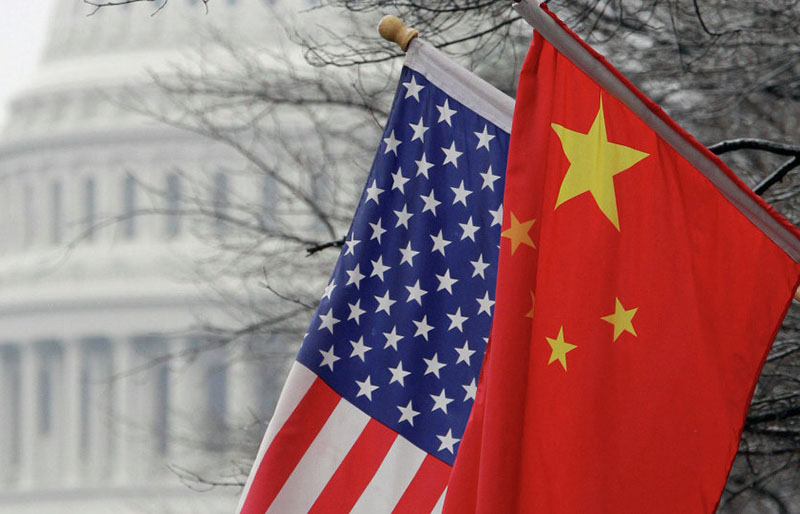 CHINA on Wednesday lambasted “sudden flip-flops” in US policy after President Donald Trump said he was moving to finalise trade sanctions against it — even as a US delegation arrived in Beijing for talks.

Ten days ago the White House announced a truce in trade hostilities with China, with US Treasury Secretary Steven Mnuchin saying that threatened tariffs on Chinese goods were “on hold”.

But on Tuesday evening it said that sanctions announced in March — largely focused on China’s theft of US intellectual property — were still in the works and details would be announced in the coming month.

The announcement is another apparent change of course for Trump, who veers from harsh threats to promises of compromise and back again on trade and other sensitive issues.

It comes as Commerce Secretary Wilbur Ross prepares to travel to Beijing this week for another round of talks aimed at resolving the conflict.

Six members of his delegation had already arrived in Beijing as of Wednesday evening, the US embassy confirmed to AFP.

“In international relations, every sudden flip-flop and contradiction of one’s word depletes and squanders a country’s credibility,” she said.

She urged the US to “follow the spirit” of the recent consensus reached between Washington and Beijing, to abandon trade wars and back off imposing tariffs on each other.

“We on the Chinese side do not want to fight but are not afraid to fight a trade war,” she said.

“We will counteract whatever comes our way, and if the US insists on acting recklessly, China will inevitably adopt firm and forceful measures.”

The commerce ministry said earlier Wednesday that Beijing “has the confidence, capability and experience to defend the interests of Chinese people and the core interests of the country” — no matter what measures the US plans to take.

The US trade sanctions proposed in March include restrictions on Chinese investment, export controls and 25 percent tariffs on as much as $50 billion in Chinese tech goods.

The final list of Chinese imports covered by the tariffs list will be announced June 15 and imposed shortly thereafter, while the proposed investment restrictions and enhanced export controls will be announced by June 30, according to the White House.

Trump has also threatened to impose tariffs on an additional $100 billion in Chinese goods if Beijing retaliates.

Trade tensions between Washington and Beijing are likely to generate uncertainty with potentially serious consequences for the Chinese economy, Alfred Schipke, senior resident representative in China of the International Monetary Fund, told a press briefing.

While US tariffs would have a direct impact on China’s economy, such uncertainty would likely have an even greater indirect impact as it came to affect consumption, investment confidence and financial markets, he explained.

“It is important that both sides try to collaborate,” he said. “These trade tensions are not beneficial for anybody.”