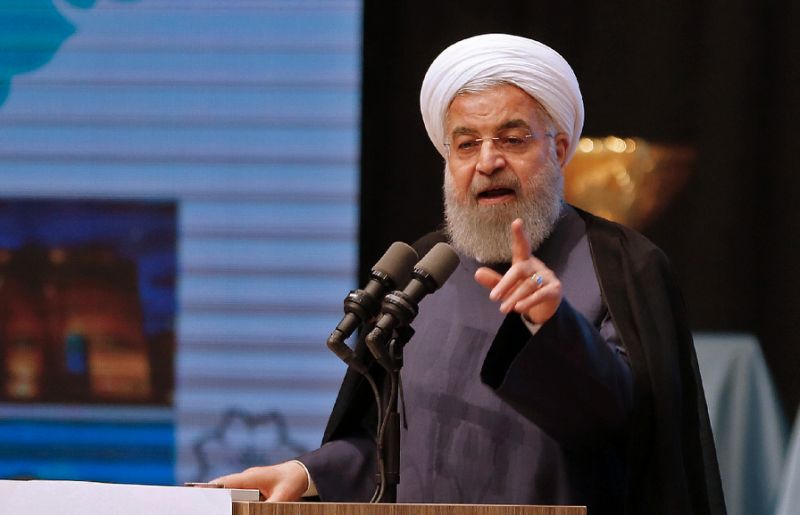 IRAN’S president will attend a summit with his Chinese and Russian counterparts next month, officials in Beijing said Monday, as they try to salvage the nuclear deal thrown into upheaval by Donald Trump.

China, Russia and European powers, all of which signed the 2015 Iran nuclear accord, are scrambling to save the pact following the US president’s decision to quit the agreement and reinstate sanctions.

Wang did not include the nuclear deal in a readout of the summit’s formal agenda.

But Beijing, which is Iran’s top trade partner and one of the biggest buyers of its oil, has signalled that it intends to keep working with the Islamic regime despite the US move.

Chinese businesses are expected to step up activities in Iran to fill the void left by the exit of US companies and the possible withdrawal of European rivals for fear of punitive measures enforced by the US.

Iran is currently an observer member of the SCO, though it has long sought full membership.

The summit will discuss a three-year action plan to “fight the three evil forces” — terrorism, separatism and extremism — and strengthen cooperation on tackling cybersecurity breaches and drug trafficking, Wang said.

China will also push for “reforms to the multilateral trading regime” connecting the markets of SCO members, which account for nearly 40 percent of the global population, he said.

China floated the idea of an SCO free trade area in 2016, according to state-run Xinhua agency, but Wang did not say whether it would be part of the agenda.