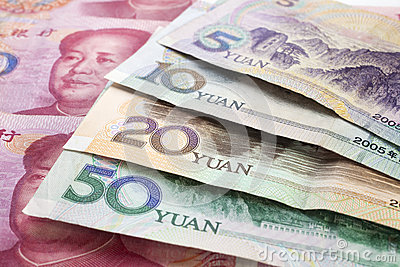 CHINA’S yuan hit a four-year low on Wednesday, slipping further a day after authorities devalued the yuan in a move that sparked fears of a global currency war and raised concerns that Beijing was looking to support its struggling exporters.
Spot yuan fell to 6.43 per dollar, its weakest point since August 2011, after the central bank set its daily midpoint reference even weaker than Tuesday’s devaluation. The currency fared worse in offshore trade, touching 6.57.
The central bank, which had described the devaluation as a one-off step to make the yuan more responsive to market forces, sought to reassure financial markets on Wednesday that it was not embarking on a steady depreciation.
“Looking at the international and domestic economic situation, currently there is no basis for a sustained depreciation trend for the yuan,” the People’s Bank of China said in a statement.
Tuesday’s devaluation followed a run of poor economic data and raised market suspicions that China was embarking on a longer-term slide in the exchange rate. It was the biggest one-day fall in the yuan since a massive devaluation in 1994.
A cheaper yuan will help Chinese exports by making them less expensive on overseas markets. Last weekend, data showed an 8.3 percent drop in exports in July and that producer prices were well into their fourth year of deflation.
More indicators due on Wednesday for factory output, retail sales and fixed-asset investment are expected to underline sluggish growth in the world’s second-largest economy.
The International Monetary Fund said China’s move to make the yuan more responsive to market forces appeared to be a welcome step and that Beijing should aim to achieve an effectively floating exchange rate within two to three years.
Beijing has been lobbying the IMF to include the yuan in its basket of reserve currencies known as Special Drawing Rights, which it uses to lend to sovereign borrowers
This would mark a major step in terms of international use of the yuan.
“Greater exchange rate flexibility is important for China as it strives to give market forces a decisive role in the economy and is rapidly integrating into global financial markets,” an IMF spokesperson said in an emailed statement.Advertisement