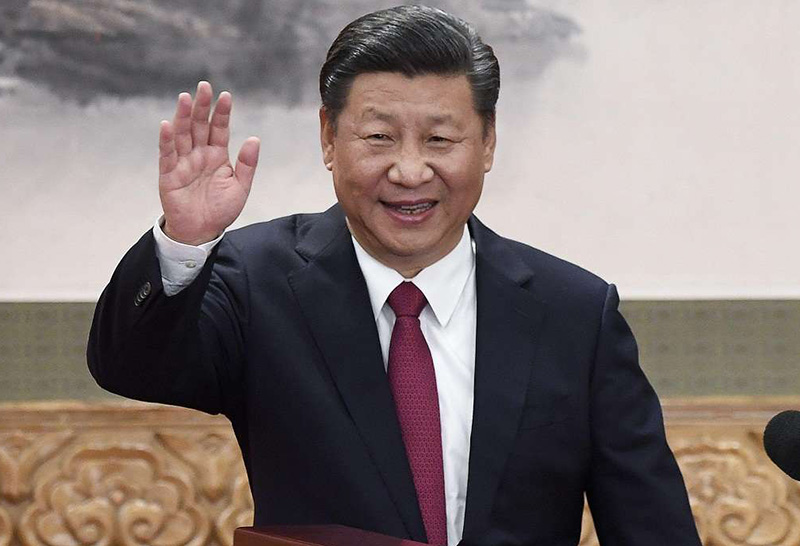 Xi told Trump that he supports the planned meeting between the US and North Korean leaders, according to Chinese state broadcaster CCTV.

The Chinese president “hopes the US and North Korea can work together, build mutual trust” and “consider North Korea’s reasonable security concerns,” the report said.

The North has long demanded the withdrawal of US troops from the peninsula and an end to its nuclear umbrella over South Korea.

Trump said last week that he was not envisaging a drawdown of troops in South Korea for now, but he admitted it was a possibility in the longer term.

“President Trump and President Xi agreed on the importance of continued implementation of sanctions on North Korea until it permanently dismantles its nuclear and missile programmes,” the White House said in a statement.

Xi and Kim met on Monday and Tuesday in the northeastern Chinese port city of Dalian, the North Korean leader’s second trip to China in six weeks as the two countries seek to bolster frayed ties.

The meeting came as Kim is expected to meet with Trump in June, possibly in Singapore.

“China is willing to continue playing a positive role for the realisation of denuclearisation of the Peninsula and long term peace and security of the region,” Xi told Trump.

“The economy and trade has always been the ballast and propellor of the China-US relationship,” Xi said.

US and Chinese official held talks in Beijing last week, but no breakthroughs were announced.

Xi described the discussions as “frank, efficient and constructive”.

“Both sides can maintain communication and strive to find a way to appropriately resolve the existing issues and obtain mutually beneficial win-win results,” he was quoted as saying.