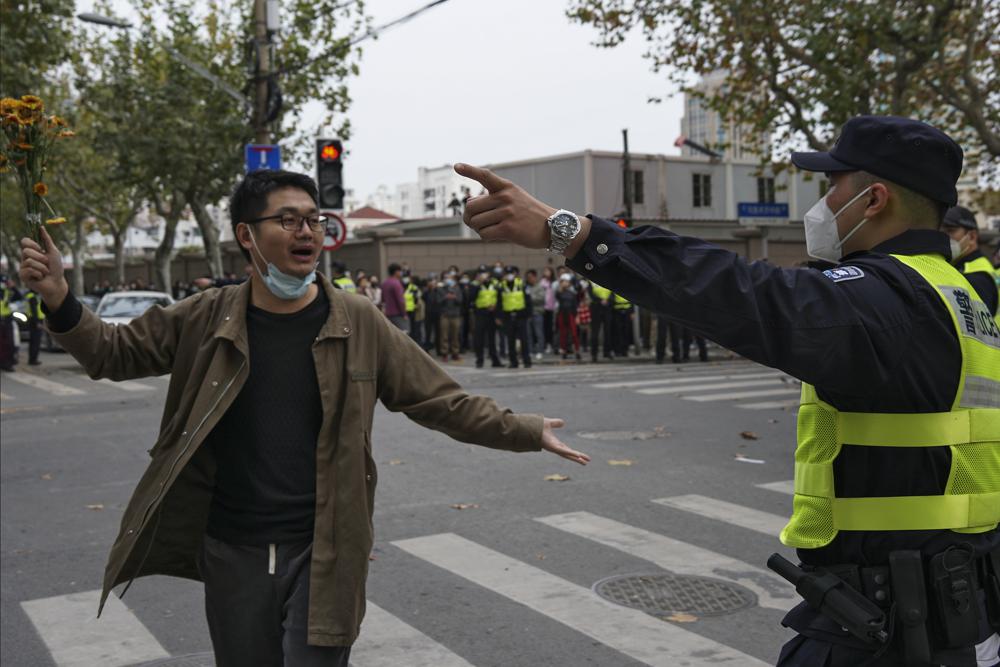 HONG KONG: Students in Hong Kong chanted “oppose dictatorship” in a protest of China’s COVID-19 rules Monday after demonstrators on the mainland issued an unprecedented call for President Xi Jinping to resign in the biggest show of opposition to the ruling Communist Party in decades.

Rallies against China’s unusually strict anti-virus measures spread to several cities over the weekend, and authorities eased some regulations, apparently to try to quell that public anger. But the government showed no sign of backing down on its larger coronavirus strategy, and analysts expect authorities to quickly silence the dissent.

With police out in force Monday, there was no word of protests in Beijing or Shanghai. But about 50 students sang at the Chinese University of Hong Kong and some lit candles in a show of support for those in mainland cities who demonstrated against restrictions that have confined millions to their homes. Hiding their faces to avoid official retaliation, the students chanted, “No PCR tests but freedom!” and “Oppose dictatorship, don’t be slaves!”

The gathering and a similar one elsewhere in Hong Kong were the biggest protests there in more than a year under rules imposed to crush a pro-democracy movement in the territory, which is Chinese but has a separate legal system from the mainland.

“I’ve wanted to speak up for a long time, but I did not get the chance to,” said James Cai, a 29-year-old from Shanghai who attended a Hong Kong protest and held up a piece of white paper, a symbol of defiance against the ruling party’s pervasive censorship. ”If people in the mainland can’t tolerate it anymore, then I cannot as well.”

It wasn’t clear how many people have been detained since the protests began Friday, sparked by anger over the deaths of 10 people in a fire in the northwestern city of Urumqi. Some have questioned whether firefighters or victims trying to escape were blocked by locked doors or other anti-virus controls. 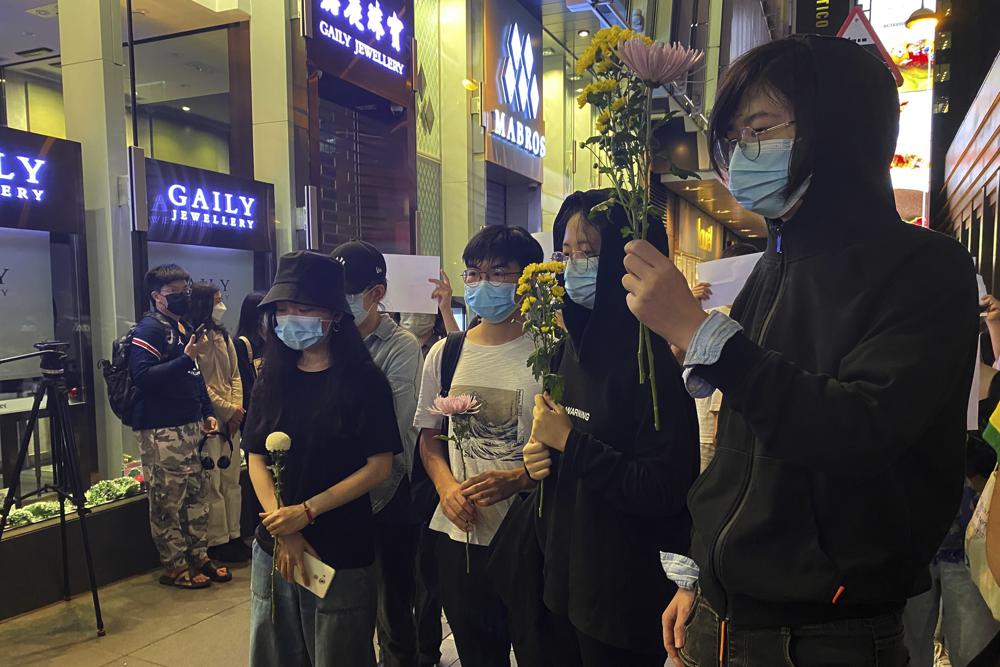 Without mentioning the protests, the criticism of Xi or the fire, some local authorities eased restrictions Monday.

The city government of Beijing announced it would no longer set up gates to block access to apartment compounds where infections are found.

“Passages must remain clear for medical transportation, emergency escapes and rescues,” said Wang Daguang, a city official in charge of epidemic control, according to the official China News Service.

Guangzhou, a manufacturing and trade centre that is the biggest hot spot in China’s latest wave of infections, announced some residents will no longer be required to undergo mass testing.

Urumqi, where the fire occurred, and another city in the Xinjiang region in the northwest announced markets and other businesses in areas deemed at low risk of infection would reopen this week and public bus service would resume.

“Zero COVID,” which aims to isolate every infected person, has helped to keep China’s case numbers lower than those of the United States and other major countries. But tolerance for the measures has flagged as people in some areas have been confined at home for up to four months and say they lack reliable access to food and medical supplies.

In Hong Kong, protesters at Chinese University put up posters that said, “Do Not Fear. Do Not Forget. Do Not Forgive,” and sang including “Do You Hear the People Sing?” from the musical “Les Miserables.” Most hid their faces behind blank white sheets of paper.

“I want to show my support,” said a 24-year-old mainland student who would identify herself only as G for fear of retaliation. “I care about things that I couldn’t get to know in the past.”

University security guards videotaped the event but there was no sign of police.

At an event in Central, a business district, about four dozen protesters held up blank sheets of paper and flowers in what they said was mourning for the fire victims in Urumqi and others who have died as a result of “zero COVID” policies.

Police cordoned off an area around protesters who stood in small, separate groups to avoid violating pandemic rules that bar gatherings of more than 12 people. Police took identity details of participants but there were no arrests.

Hong Kong has tightened security controls and rolled back Western-style civil liberties since China launched a campaign in 2019 to crush a pro-democracy movement. The territory has its own anti-virus strategy that is separate from the mainland.

On the mainland, the ruling party promised last month to reduce disruption by changing quarantine and other rules. But a spike in infections has prompted cities to tighten controls.

The ruling party newspaper People’s Daily called for its anti-virus strategy to be carried out effectively, indicating Xi’s government has no plans to change course.

“Facts have fully proved that each version of the prevention and control plan has withstood the test of practice,” a People’s Daily commentator wrote.

Protests also have occurred in Guangzhou near Hong Kong, Chengdu and Chongqing in the southwest, and Nanjing in the east, according to witnesses and video on social media.

Most protesters have complained about excessive restrictions, but some turned their anger at Xi, China’s most powerful leader since at least the 1980s. In a video that was verified by The Associated Press, a crowd in Shanghai on Saturday chanted, “Xi Jinping! Step down! CCP! Step down!”

The British Broadcasting Corp. said one of its reporters was beaten, kicked, handcuffed and detained for several hours by Shanghai police but later released.

The BBC criticized what it said was Chinese authorities’ explanation that its reporter was detained to prevent him from contracting the coronavirus from the crowd. “We do not consider this a credible explanation,” the broadcaster said in a statement.

Swiss broadcaster RTS said its correspondent and a cameraman were detained while doing a live broadcast but released a few minutes later. An AP journalist was detained but later released.