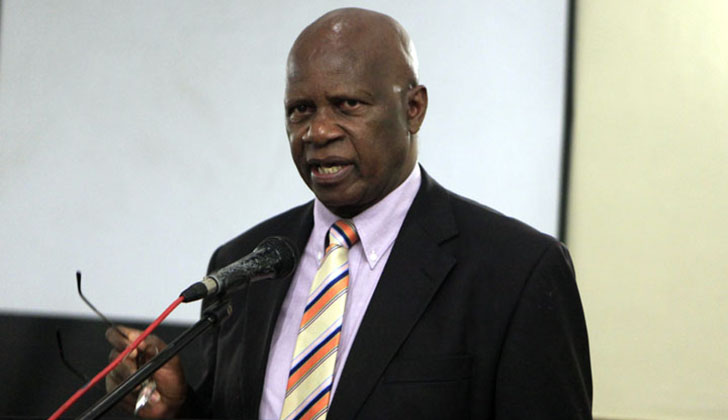 FINANCE minister Patrick Chinamasa said he will rise from his grave if the farm which was given to former Zanu PF youths boss Kudzayi Chipanga is not repossessed and used profitably.

Chinamasa said this during the extra ordinary Provincial Coordinating Committee meeting which was convened to celebrate the ascendancy of Environment minister Oppah Muchinguri to the position of Zanu PF’s national chairperson recently.

Chinamasa, who is also the ruling party`s national secretary for finance, said the Makoni farm which Chipanga grabbed riding on then minister of State for Provincial Affairs Mandi Chimene Chimene’s influence, was meant for the construction of Manicaland State University of Applied Sciences.

Chipanga was linked to the G40 faction which was fronted by former First Lady, Grace Mugabe. They were expelled from the party after a military coup codenamed Operation Restore legacy in November last year.

“The farm which Chipanga grabbed in Makoni was gazzetted and donated for the establishment of Manicaland State University of Applied Sciences. With assistance from Cde Didymus Mutasa the farm was gazetted for the construction of a varsity. It`s on record.

“We toured to the site with former Higher and tertiary education minister Jonathan Moyo, Oppah Muchinguri and then minister of State Chimene,” said Chimanasa.

He said Chimene parcelled out the farm to Chipanga to spite him because of their political differences during that time.

Chimene, who is in self-imposed exile in Mozambique, was the kingpin of the G40 faction in the province while Chinamasa belonged to the Lacoste faction which wanted President Emmerson Mnangagwa to take over from ousted Robert Mugabe.

“Secretary for Administration (Cde Kenneth Saruchera) please take note and if I die before you act on that matter I want to assure that I will rise from my grave (ndinopfuka). We can`t have people personalising national assets,” said Chinamasa.

Minister of State for Provincial Affairs, Monica Mutsvangwa, told the meeting that she was privy to the issue.

“I carried out investigations and I discovered that indeed that farm in Makoni was gazetted for a university. Former minister of State Mandi Chimene generated a fake offer letter in 2015 and handed it to Chipanga.

After Chipanga received the offer letter he instructed the farm owner, a white commercial farmer, to stay put while paying a fee of $10 000 monthly,” said Mutsvangwa.

She also said Chimene fraudulently acquired a farm which she knew was meant for urban expansion.