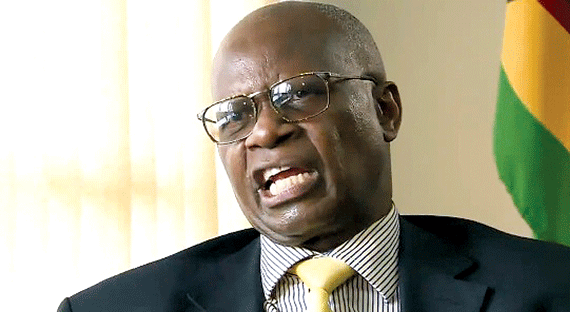 ZANU PF acting spokesperson, Patrick Chinamasa says MDC Alliance legislator Joanna Mamombe and her two party colleagues were making it difficult for police to do their job through refusing to cooperate during police investigations on their abduction and torture.

The three recently made world news some two weeks ago when they were allegedly seized from the hands of the police at Harare Central Police Station by suspected state security agents.

The Harare West MP and colleagues, Cecilia Chimbiri and Netsai Marova were abandoned a day later in Bindura claiming abduction, torture and sexual abuse in the hands of their tormentors.

The MDC activists were taken to a private hospital in Harare’s Waterfalls suburb where they are being treated for injuries sustained during their ordeals.

Police have moved to formally charge the activists for violating the country’s lockdown regulations through staging an anti-government protest which invited their alleged abductions.

However, police have launched a simultaneous investigation into their abduction with Zanu PF telling the media the young politicians were refusing to cooperate with law enforcement agents.

Addressing journalists at the Zanu PF headquarters Wednesday, Chinamasa said the three activists should stop being hostile to the law enforcement agents and help with the investigations.

“Zanu PF is worried with reports that the ladies in question are not cooperative and reminds them that this is not a laughing matter especially that the revolutionary party has been accused of wrongdoing,” said the former Justice Minister.

“The three ladies are not cooperating in the investigations and refusing to talk to the law enforcement agents, yet they talk to Non-Governmental Organisations and journalists.

“We call upon the ladies to understand that this is a serious matter and that the allegations they have made are serious and deserve serious attention by law enforcement agencies.

“Zanu PF will not let these allegations die a natural death.”

Chinamasa said if the three failed to provide the necessary information needed by police, this would buttress claims the abduction was a stage-managed act meant to mask heightening leadership squabbles within MDC.

“Failure of the three complainants to comply with law enforcers will lead to no other conclusion but that the alleged allegations are fake, stage-managed, cooked and manufactured at Harvest House (MDC headquarters),” Chinamasa said.

He has urged police not to relent in prosecuting other MDC activists who took part in the Warren Park demonstration that led to the attacks on the three.

“We also encourage the law enforcement agents to take action against the uncalled for violations of the Covid-19 lockdown regulations which resulted in those youth elements engaging in a needless political demonstration in Warren Park risking the lives of communities there,” he said.

Chinamasa said despite of all the claims they were physically attacked, the three MDC activists have not yet shown any visible marks on their bodies to prove the abuses.

“The alleged victims are yet to show the world their injuries besides disfiguring their faces in front of cameras,” he said.