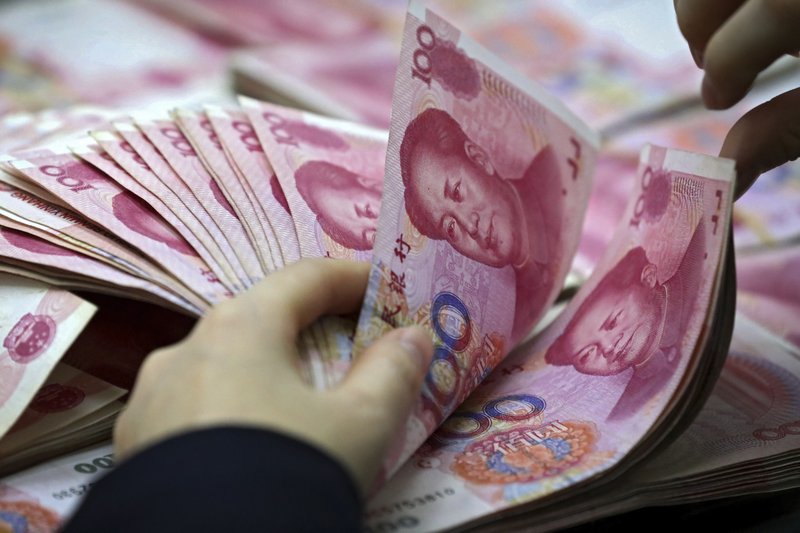 BEIJING: China’s foreign currency reserves declined in October in a sign Beijing might be intervening in the market to keep its yuan from falling too far against the dollar and triggering a possible U.S. backlash amid a tariff battle.

The reserves, the world’s largest, declined by about $34 billion to just over $3 trillion, according to central bank data released Wednesday.

The bank gave no indication how much of that was due to selling dollars to support the yuan. But Chinese authorities have promised to avoid a “competitive devaluation” to help exporters who face U.S. tariff hikes in a fight over Beijing’s technology policy.

The yuan, also known as the renminbi, or “people’s money,” sank to a 10-year low of 6.9756 per dollar at the end of October, coming close to breaking the level of seven to the greenback. It strengthened slightly this month, suggesting authorities sold dollars to stop its slide.

The central bank “appears to have intervened directly in the foreign exchange market again in October,” said Chang Liu of Capital Economics in a report. “But its intervention remains small in scale and seems calibrated to slow the renminbi’s fall rather than stop it.”

The U.S. Treasury Department declined this month to label China a currency manipulator but said it was closely watching Beijing.

Most forecasters say they expect Beijing to step in to prevent the yuan from breaking seven to the dollar. That level has no economic significance but could add fuel to U.S. complaints about currency controls.

Chinese regulators are trying to make the state-set exchange rate more responsive to market forces. But those are pushing down on the yuan as China’s economy cools and interest rates in the two countries head in different directions.

The exchange rate is set each morning and allowed to fluctuate by 2 percent against the dollar during the day. The central bank can buy or sell currency — or order Chinese commercial banks to do so — to dampen price movements.

A weaker yuan also might encourage an outflow of capital from the world’s second-largest economy. That would raise borrowing costs at a time when its leaders are trying to shore up cooling growth.

Some forecasters say Beijing’s stance might change if U.S. President Donald Trump and his Chinese counterpart, Xi Jinping, make no progress at a meeting this month during a gathering of the Group of 20 major economies.

The central bank tried to discourage speculation by imposing a requirement in August that traders post deposits for contracts to buy or sell yuan. That allows trading to continue but raises the cost.

Beijing imposed similar controls in October 2015 to stop a slump in the yuan. The currency temporarily steadied but fell the following year.