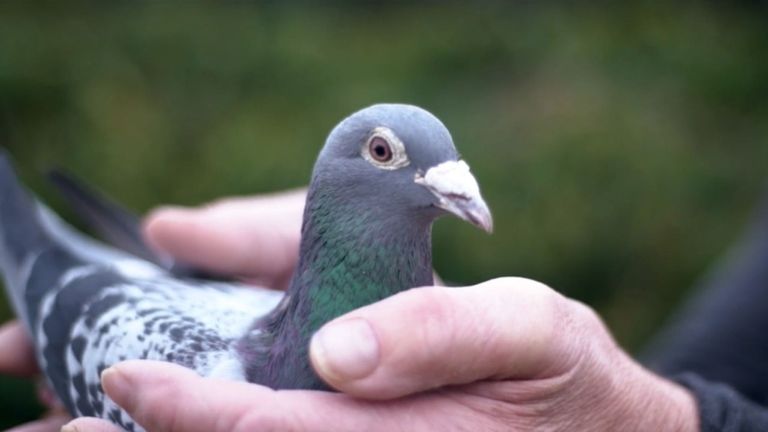 A Chinese buyer bid more than $1.4 million for a prized Belgian racing pigeon in an “unprecedented” sale, according to the auctioneer that organized the sale.

The pigeon, named Armando, is considered to be the best long-distance racing pigeon “of all time” according to PIPA, the website that organized the sale.

The bird has been dubbed by some as the Lewis Hamilton of racing pigeons, in reference to the Formula One racing driver.

“This type of champion is rarely offered for sale,” the site said.

The price spike came in the final hours of bidding, as two Chinese fanciers kept one-upping each other. The price went from about $600,000 to $1.4 million in about an hour, PIPA said.

Jiangming Liu, who works for PIPA in China, said the company was expecting Armando to fetch a high price but “multiple times less” than what he actually got.

PIPA said Armando is the most expensive bird ever to be sold at auction by a huge margin.

The next most expensive is believed to be a bird called Nadine, which fetched more than $450,000 at auction in 2017.

The buyer was a Chinese fancier named Xing Wei, according to media reports at the time.

Joel Verschoot, the Belgian breeder who put Armando up for auction, sold a total of 178 pigeons at auction for more than $2.5 million, including 7 of Armando’s offspring.

Pigeon racing has become increasingly popular in parts of China among the country’s elite and its middle class.

Competitions can be lucrative for bird owners, with some prizes amounting to tens of thousands of dollars.

Liu said in recent years, pigeon racing has been surging in popularity across China.

“Now other people, like regular people, are joining too,” he said. “It will be bigger in the future.”

Liu attributes the industry’s growth and increasing professionalism to a number of factors. It is the only legal bidding race in mainland China, where most forms of gambling are outlawed, and the sport is becoming increasingly accessible.