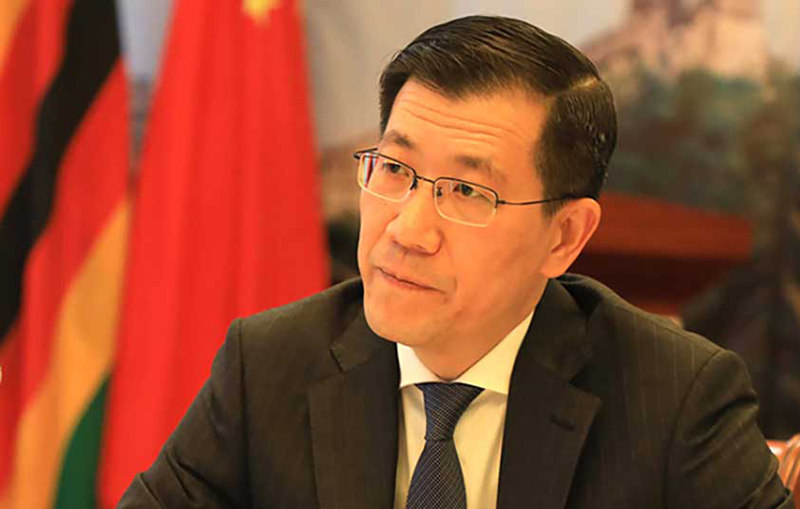 The Embassy of China in Harare has shot back at Zimbabwe’s largest trade union, the Zimbabwe Congress of Trade Unions (ZCTU) following the latter’s statement on Tuesday which accused Chinese companies of systematic labour and law abuses, without naming any one company or citing examples.

Response of the spokesperson of the Chinese Embassy in Zimbabwe to the press release by ZCTU.

The Chinese Embassy in Zimbabwe has noted the press release by the Zimbabwe Congress of Trade Unions (ZCTU) on October 25. However it looks rather like a lame judgment in which there are only groundless accusations without any supporting facts and detailed information.

The Embassy rejects such a frivolous, irresponsible and unpersuasive statement.

It is an undeniable fact that Chinese investors have created over 100,000 jobs in Zimbabwe.

Recently Chinese enterprises successfully held two job fairs for the local jobseekers, and both the number of applicants and the signing rate far exceeded expectations.

These are the most convincing vote of confidence that the Zimbabwean people have cast on Chinese investments.

The vast majority of Chinese companies in Zimbabwe have been operating their business in line with Zimbabwe’s laws and policies while earnestly implementing their social responsibilities and are thus welcomed by the overwhelming majority of Zimbabwean people.

The Chinese Embassy has been supporting the Zimbabwean Government to promote the supervision on all foreign investments in accordance with the law and the principle of equality, openness and transparency.

It is theEmbassy’s consistent position that disputes involving enterprises should be addressed through legal channels rather than self-righteous moral trials by a few organizations.

As a labor organization, theZCTU should have been committed to protecting workers’ legitimate interests and rights.

The illegal and unilateral sanctions have led to a large number of unemployment in Zimbabwe, depriving Zimbabwean workers of their right to work and survival.

Unfortunately the ZCTU selectively turns a blind eye to such a challenge which it should be most concerned about.

It should explain who is pressuring it to do so.

The press release by the ZCTU is actually attempting to drag Chinese companies into its difference on some Zimbabwe’s internal issues. In the mean-time,it is full of discriminatory and offensive incitements against a specific ethnic group.Non interference in other countries’ internal affairs and rejecting racial discrimination are the consistent principles of the Chinese government.

Threats, intimidation and bullying against Chinese enterprises will only damage the image and credibility of the ZCTU.