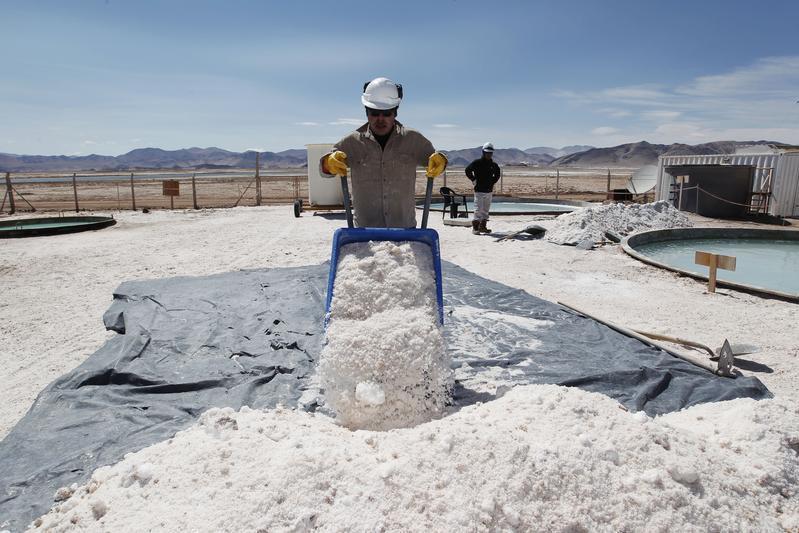 By Felix Matasva I Manicaland Correspondent

SOME 40 families facing displacement by a multi-million-dollar lithium mine in Buhera have now been relocated to new houses build by a Chinese company behind the project.

Max Mind Zimbabwe established a lithium mine earlier this year in Ward 12 which falls under Chief Chitsunge, some 40km east of Murambinda town.

As part of the development, the company constructed 23 houses at Murambinda town and 17 others in nearby communal lands as part of compensation for families affected by the project.

The company says it invested US$1.2 million in the housing development.

Buhera District Development Coordinator (DDC), Freeman Mavhiza, confirmed to NewZimbabwe.com that all affected families have since been relocated to their new homes.

“40 families which had households near the mine’s blasting sites have now occupied new houses which were built for them,” he said.

“23 households were constructed and have since been occupied by the affected families. 17 other families have since relocated to their houses constructed in Ward 12 of Buhera North constituency near the mine.”

Mavhiza also commended the lithium mining company for upgrading roads which connect the mine from Gaza Business Centre.

“A person has got a minimum of three rooms built along Chivhu road from Murambinda town,” he said.

“Upon occupying the houses they were allocated US$1,900 and they will also receive US$150 for six months so that they can adapt to the new environment.

“From our research, residents are happy as their lives have improved. Some of them could not afford to buy a new stand pegged at US$3,000.

“Those who refused to relocate to Murambinda town were resettled in communal lands adjacent to the mine so they can carry on with their farming activities.”

Mabasa challenged authorities to ensure that revenues generated from the lithium mining project are channelled to road infrastructure development within Buhera district.

He also advised the displaced families to put in good use their compensation packages.

The lithium mining project, has the capacity to produce 3,000 tonnes of lithium concentrate per day, translating to about 1 095 000 tonnes per year with an export value of US$200m.

Some US$22 million has so far been invested in order to establish the lithium mine.