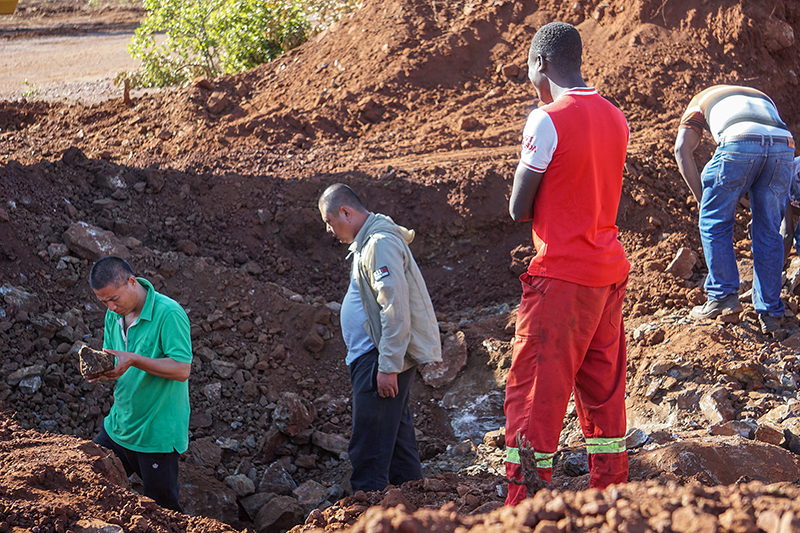 FILE PHOTO: Workers at a Chinese-owned factory
Spread This News

The union contends that since the arrival of Chinese capital in the country, a series of labour rights violations, which include murder of local workers, torture, beatings, gender based violence, underpayments and a host of other unfair labour practices have become prevalent.

Speaking to NewZimbabwe.com, ZCTU acting president, Nicholas Mazarura bemoaned the fact workers were constantly raising grievances over their rights which were habitually violated as most of them were paid less than the stipulated industrial minimum wages.

He said it was shocking that some Chinese establishments forced employees to work without adequate personal protective equipment (PPE) and when such was provided they deduct the costs from earnings.

Mazarura said companies were wilfully violating safety and health regulations and exposing employees to hazards such as ergonomic, physical, mechanical, chemical, biological and psychosocial, and not taken for occupational medical check-ups.

“We take this opportunity to warn individuals in high offices and those masquerading as consultants who are in connivance with the Chinese to enslave and subject workers to some of the worst treatment observed since 1980 that the tide will rise against them soon,” he said.

Mazarura accused the Chinese companies of gobbling thousands of dollars spent on public relations services and bribing government officials to protect them instead of working on improving their weaknesses in line with trade unions recommendations.

He urged the Chinese to recall that the call for foreign direct investment made at the inception of the second republic was not a call for enslavement but a call for positive contributions to the social well -being of locals and their economy.

“It was not a call for the destruction of workers’ physical, mental and social wellbeing through failure to adhere to basic fundamental labour standards. The gravity of union busting by the Chinese is posing an existential threat to the labour movement and must be met with equal measure.

“We cannot sit and watch while workers are being abused. We are calling on the responsible ministries to quickly institute measures to curb the Chinese offensive attack and correct the situation,” he added.