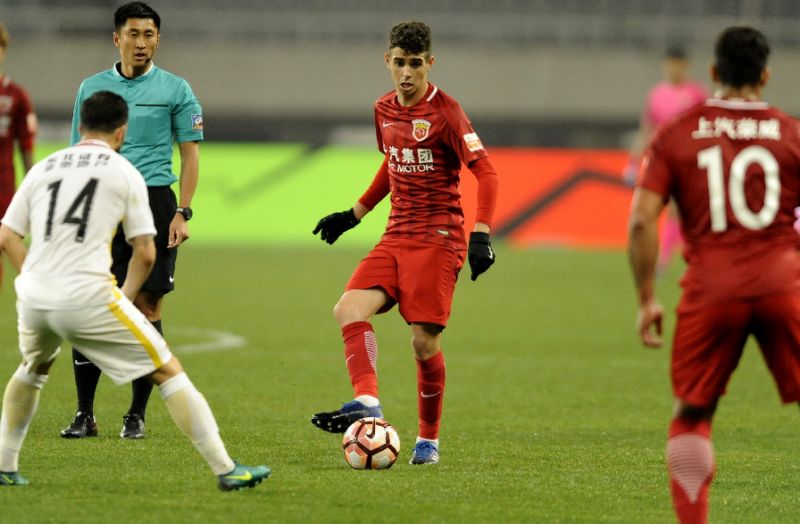 Chinese football on Thursday imposed a salary cap of 10 million yuan ($1.45 million) a year for domestic players and vowed to kick teams out for so-called “yin-yang contracts”.

The swingeing measures are part of a ramped-up effort by the Chinese Football Association (CFA) to clamp down on big spending and get teams to toe a tougher financial line.

There will also be a limit on bonuses and other financial inducements for domestic players, according to state sports channel CCTV5 and other reports on an end-of-season CFA conference in Shanghai.

Foreign players are not affected by the salary cap, which will be in place for the new Chinese Super League (CSL) season when it starts in the spring.

Two years ago, Brazilian attacking midfielder Oscar joined CSL side Shanghai SIPG from Chelsea for an Asian-record 60 million euros and Argentine forward Carlos Tevez signed for rivals Shanghai Shenhua, both earning some of the highest wages in world football.

Their high-profile arrivals, along with dozens of other foreign stars such as Brazilians Hulk and Paulinho, triggered fears that Chinese clubs were distorting the international transfer market with overinflated wages and fees.

But the CFA has since moved to stop the splurge and force teams to focus on youth development instead, and there is unlikely to be serious money spent when the winter transfer window opens on January 1.

The CFA last year slapped a 100 percent transfer tax on the purchase of overseas players, which significantly reined in Chinese clubs, and the organisation limited the number of foreigners each team can field to three a match.

Among a raft of other new measures, teams must submit contracts for their players and coaches by the end of the year as part of a crackdown on “yin-yang contracts”.

Such contracts — one for the tax man and another with the real value of the agreement — are thought to be widespread in football and showbusiness in China.

If the CFA uncovers any tax-avoidance schemes, the offending player or coach face a ban of between one and three years. Their clubs can be deducted points or even kicked out the league.

Li added: “If there’s only investment but no clear idea of what the long-term returns are, Chinese football is not sustainable.

“Companies (that own teams) need to understand why invest, what are the rewards and what it contributes to society.”