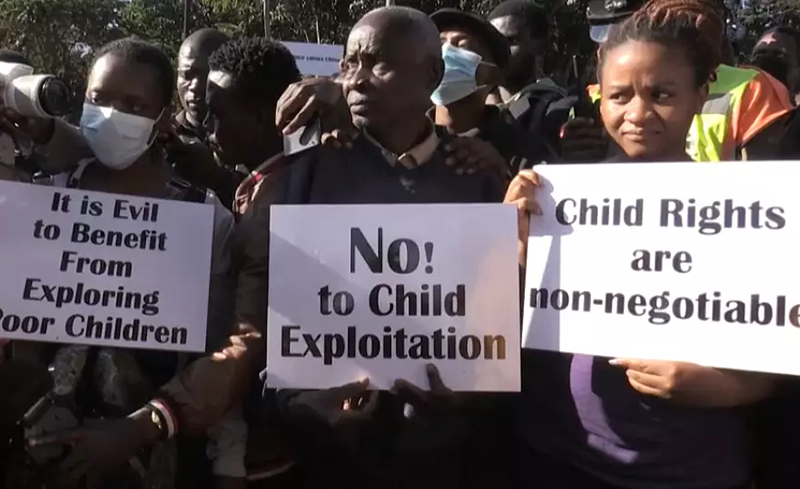 A Chinese national accused of racism and exploiting children in Malawi was charged with human trafficking in the capital Lilongwe on Monday, local media reported.

Lu Ke, 26, was arrested last month in neighbouring Zambia for illegal entry after fleeing Malawi when allegations of abuse surfaced.

He allegedly filmed children singing racist chants about themselves in Chinese – which they did not understand – and then selling the videos on Chinese social media.

Lu was extradited to Malawi and appeared in court Monday where he was charged with five counts of trafficking in persons. State prosecutors say more charges are expected to be laid when investigations conclude in the next two weeks.

Senior Magistrate James Mankhwazi denied Lu bail, meaning he will be arraigned for the next 15 days while investigations are carried out.

Mankhwazi said prosecutors demonstrated that the accused is a flight risk, has no definitive place of stay and could interfere with witnesses who are minors.

“We object the accused’s bail application as he poses a flight risk as evidenced by his escape to Zambia,” the prosecutor told the court.

State prosecutor Prescott Mwayiulipo had also argued in court against releasing Lu on bail to protect him from a general public angry over the videos.

He is alleged to have produced dehumanising videos of the children in the districts of Lilongwe and Mchinji in central Malawi.

In one video, a young child aged about nine is heard saying: “I am a monster with low IQ.”

Malawi and China have had diplomatic relations since 2008, when Malawi established ties with China over Taiwan.

The Chinese embassy in Malawi condemned the accused’s actions in a statement last month, saying “the Chinese government has zero tolerance for racism.”