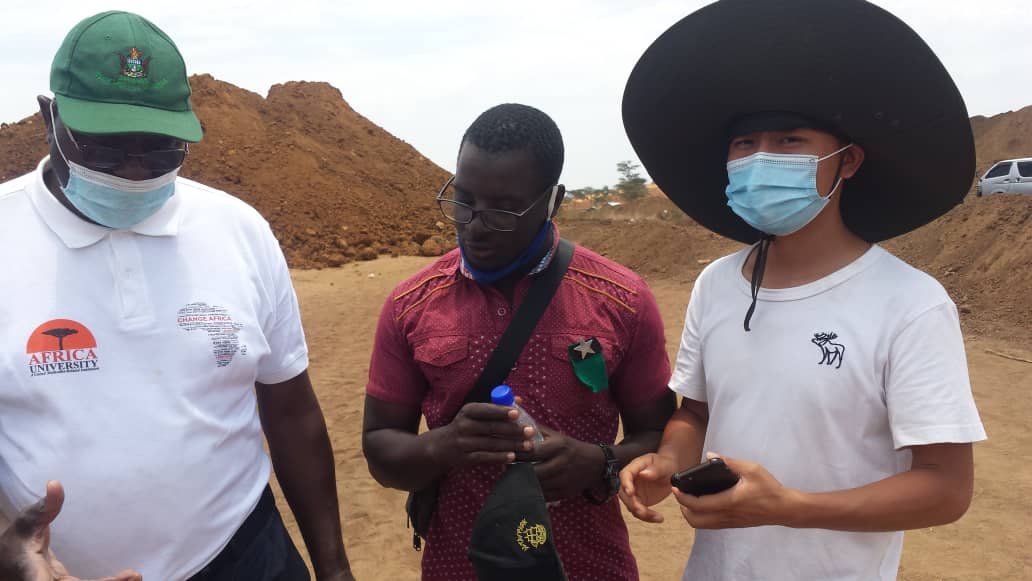 THE underground trapping of 10 illegal gold miners at Premier Estate in Mutasa district last week has exposed the frosty relationship between the shadowy Chinese mining company Zhong Jian and the local community.

According to police, only two bodies of Sure Matamba (29) and Vincent Gundu (30) both of Premier were recovered from the rescue mission which was conducted last week.

Work is underway to locate the others.

Manicaland provincial police spokesperson, Tavhiringwa Kakohwa said Zhong Jian Mine gave a warning to the illegal miners to vacate the concession as it was going to close all open pits around the area preparing to start its operations.

However, a visit by NewZimbabwe.com to the gold mine proved otherwise as the locals denied ever being consulted about the reclamation exercise.

The locals said the incident could have been avoided had the Chinese extensively consulted with them through their leadership.

They feel the Chinese closed the shaft deliberately to punish the locals for invading their claim knowing the people were digging for gold underground.

Local artisanal miners insisted the mining company firm was notified there were people underground but went ahead to cover the pits with an excavator.

“Two days notice was not enough. Remember the minerals are in our area. There was a need for extensive consultation before they embarked on such an exercise. We were never told that the Chinese are coming to mine in this area to do reclamation. It will not end well because they want to take us for granted,” said an artisanal miner who declined to be named.

But, Zhong Jian general manager who only described himself as Xu was adamant that the community was notified.

“We notified the community through police that we were going to fill the pits. On November 11 we also gave a grace period of two hours for all the illegal miners to vacate the concession,” he said.

“We engaged the police and they accompanied us. They first checked whether there were no miners inside in the pits before we filled the pits.  We only received the reports that there were trapped miners on November 13,” said Xu through a translator – Patrick Matimbe.

Xu said another report came on November 14 that there were some trapped miners but till today they have not located them.

“We have searched for four days but we have not located any miners. China and Zimbabwe have a good relationship so we have assisted and we will continue to assist when they need arises. We want to maintain the good relationship between the two countries,” he said.

Xu, however, openly said their relationship with artisanal miners was frosty as the locals often pelted them with stones whenever they are moving around the concession.

“The makorokoza (gold panners) don’t like us. They feel we are invading their space so they are very violent. They pelt stones at us during our operations. We respect the local culture,” said Xu.

“It’s unfortunate this incident just happened but we had promised to rehabilitate roads, soccer pitch and drill three boreholes for the community.”

A Russian miner DTZ-OZGEO, that used to operate in the same area was sent packing by the then environment minister Saviour Kasukuwere for illegal mining.

Mutasa South legislator Regai Tsunga who also toured the area said he was not privy to the operations and existence of Zhong Jian.

He told Xu that there was a need for community engagement and involvement in their operations as locals feel their resources where just being exploited without any benefit.

“You need to engage the community leadership. The frosty relationship between the community and the mine is emanating from the unequal distribution of natural resources,” said Tsunga.

“Even our Constitution is clear that under devolution the local communities should benefit from resources within their areas. We will keep reminding you. You should also mine responsibly and ensure that our environment is not destroyed.”

Centre for Research and Development (CRD) director James Mupfumi said the company operations were unlawful and it must be stopped immediately.

“On September 8, the (President Emmerson) Mnangagwa administration announced a ban on all mining in riverbeds and national parks. Chinese company Zhong Jian is mining in Mutare river. Their operations are unlawfully and they must be stopped immediately,” said Mupfumi.

He said they do not have Environmental Impact Assessment (EIA) and their concession is not protected either.

“Chinese authorities first lied that they are not mining but were subcontracted by Zimgold mine to fill the pits left by illegal miners. After failing to sustain the lie they argued that their mining operations relied mostly on good relations between the Zimbabwe government and China.”

“It is increasingly becoming clearer that Environmental Management Agency (EMA) can no longer protect the environmental health and safety of communities as obligated by the constitution because mining investments in Zimbabwe are ring-fenced by government elites,” said Mupfumi.

“These are criminal gangs who want to give themselves licences so that they can harvest all the gold in the artisanal mining sector. It’s a place of organized crime especially at the high level where the middlemen and buyers are concerned.

“Thus, the tragedy of Zimbabwe that what must benefit the country is benefiting few people with access to the levers of power,” said Maguwu.