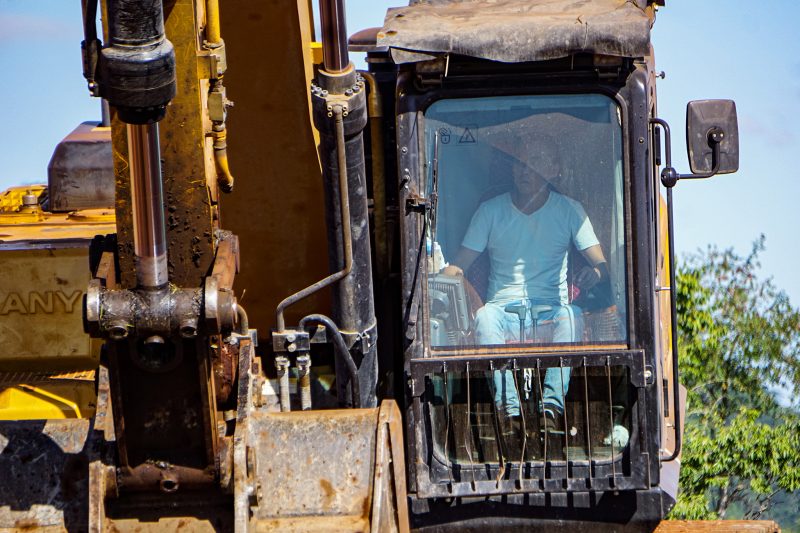 The incident occurred at Premier Estates, a gold-rich area in Mutasa.

One of the Chinese is reported to have sustained broken ribs while the other one lost a finger as he tried to block his face from a shovel attack.

The irate artisanal miners, popularly known as Makorokoza, are reported to have used an assortment of mining tools including crowbars, picks and shovels to attack the Chinese nationals.

A local environmental rights group Centre for Natural Resources Governance (CNRG) confirmed the incident and said the condition of the two other Chinese nationals was unknown.

In a statement, CNRG said the dispute arose when the artisanal miners, working in a tunnel on a gold claim owned by one Zimunya and were approached by the Chinese nationals who wanted the fill the pit using an excavator.

The Chinese are reported to have told the artisanal miners to leave as they had a permit to mine at Premier Estates.

“This angered the artisanal miners who called for a back-up from their colleagues working along Mutare River and attacked the Chinese miners,” CNRG.

The artisanal miners, however, spared the excavator driver who is a Zimbabwean.

Police details were called from Penhalonga but when they arrived, the artisanal miners had fled. However, six people were arrested in connection with the incident before they granted were $3 000 bail each at the local magistrates’ court.

CNRG said it does not condone any form of violence as a solution, but called on the responsible authorities to find an amicable solution to the growing violence and conflicts within the extractive industries, particularly among small scale miners and artisanal miners.

“The incident at Premier indicates the growing tension between Zimbabwean citizens and Chinese nationals who are viewed as operating above the law and with impunity. The government has turned a blind eye on conflicts in the mining sector. The conflicts can be attributed to government’s lack of transparency in granting mine titles,” said CNRG.

It also urged the government to investigate the issue of double allocation mining claims by the mines ministry.

The same Chinese mining company, Zhong Jian, was last November at the centre of controversy when it reportedly used an excavator to fill a mine shaft where scores of artisanal miners where working under.

Only two bodies were recovered and the search was abandoned after the company’s general manager Yancey Feng said he wanted evidence there were 10 people missing from the nearby community.

It still remains unclear how many artisanal miners were underground when the shaft collapsed last year.