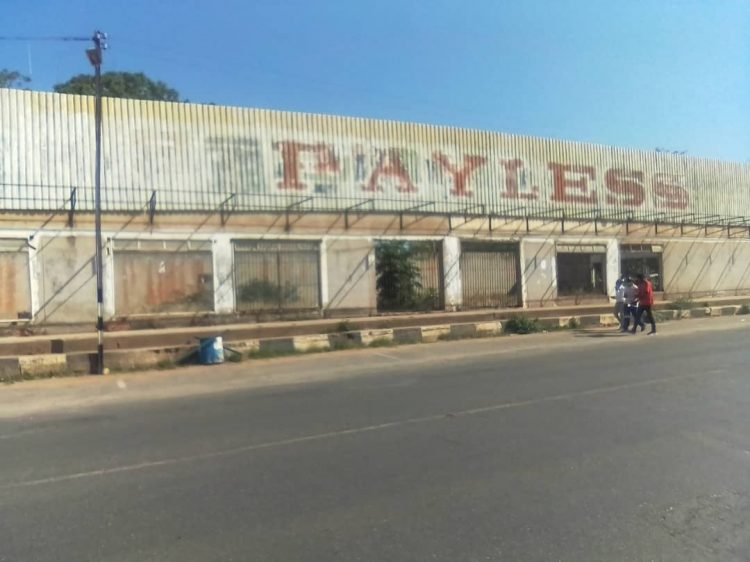 A RUNDOWN commercial property in Chinhoyi central business district (CBD) belonging to one of President Emmerson Mnangagwa’s henchmen, Oliver Chidawu last week hogged the limelight for all the wrong reasons.

During a stakeholders’ meeting at the local town hall, residents expressed their displeasure at the state of the commercial building.

Chidawu, an accomplished engineer and businessman, is the Minister of State for Harare.

However, residents in Chinhoyi are up in arms over the condition of the building situated along the busy Chirundu-Harare highway in the (CBD).

Thickets have sprouted inside the building, while the roof has collapsed.

Residents at the meeting ordered council to invoke by-laws for compulsory acquisition of the property and compensate the owner.

Said a Chinhoyi Residents’ Association member who asked for anonymity; “That building is situated on prime land yet the council is not deriving any meaningful revenue from its owner because of its derelict state.

“The building is going against efforts by the local authority’s vision to attain city status. It’s actually an eyesore.”

Chamber secretary, Abel Gotora and finance director Zephaniah Chirarwe, who were fielding most of the questions from stakeholders attending the marathon 2020 budget review meeting, staked the matter which was, however, tackled by an unidentified council junior official.

“Council, indeed, has the authority to compulsorily acquire the property, but it would have to compensate the owner. Most of the time it would appear the property’s market value would be equivalent to compensation. Therefore, it would be wise to engage the owner to spruce up their building,” said the junior officer.

The property has been lying derelict for over a decade now and details gathered by NewZimbabwe.com is council officials are hesitant to take Chidawu head-on for fear of losing their jobs.

Last year, a ministerial commission descended on Chinhoyi Municipality to evaluate its readiness for elevation to city status.

However, buildings such as Chidawu’s militate against the council’s bid for a higher status that enables it to attract investors as well as increase its borrowing powers on the open market.