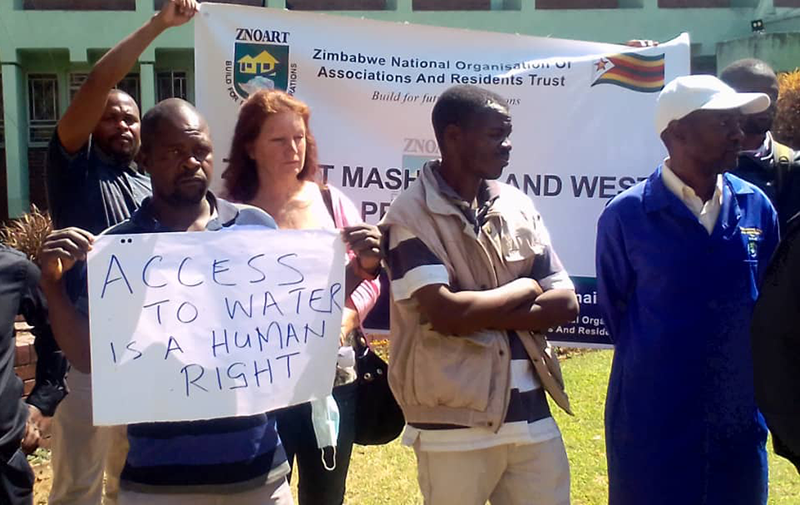 In a peaceful demonstration that has shaken Chinhoyi authorities, stakeholders who included leaders of residents and ratepayers’ associations, converged at Chinhoyi Municipality head offices where they waved placards denouncing the Maxwell Kaitano-led council.

A female flea market operator, Promise Chanetsa, was among the group of protestors hoisting a placard inscribed “Rebasing Is Illegal.”

Chinhoyi Residents Association (CRA) chairman, Clifford Hlupeko, told NewZimbabwe.com, council was charging steep tariffs based on a flawed property valuation process which has resulted in some commercial property owners getting bills as high as US$1,700, up from US$200.

The development was untenable and needed to be reversed immediately, Hlupeko said.

“There are myriad challenges that we are facing, chief among them being exorbitant rates. The bills have gone up by 500% which residents and the business community cannot afford to pay,” said Hlupeko.

“So we have come here to give notice to council demanding that they reduce the bills with immediate effect. The economy is subdued, who doesn’t know that?”

A fortnight ago, CRA engaged the town clerk and his management team to raise concerns over the so-called rebasing mechanism used to compile bills, but the dialogue hit a brick-wall.

“Following the meeting, we expected a reversal of the new tariff regime as wrought by the rebasing, but it seems council is adamant to shift from this difficult position, which finds residents and ratepayers unable to pay their huge bills,” said Hlupeko.

“We demand a people-driven council that responds to the needs of the people. Service delivery has plummeted, its true to say these guys have thrown us back to ancient and primitive times, where our sisters and mothers are going to fetch water from wells, thereby exposing everybody to waterborne diseases. We are rejecting this!”

“The whole process is fraught with illegalities. From the word go, rebasing was done on June 7 this year during a full council meeting, then given to residents as a notice on June 23, what were they doing? They were tampering with our approved 2022 budget without consultations with stakeholders,” said Chitiya.

The ZNAORT chairman called on council to revert to the approved 2022 budget estimates, review performance and propose a supplementary budget following extensive engagements.

“What Chinhoyi Municipality did was actually a step back towards the devolution process and towards a participatory budget. In the process, it defeats the multi-purpose system in our country,” Chitiya added.

A senior citizen, Shadreck Ndhlovu, also expressed his anger over lack of consultations by the local authority, describing it as a betrayal of the electorate. 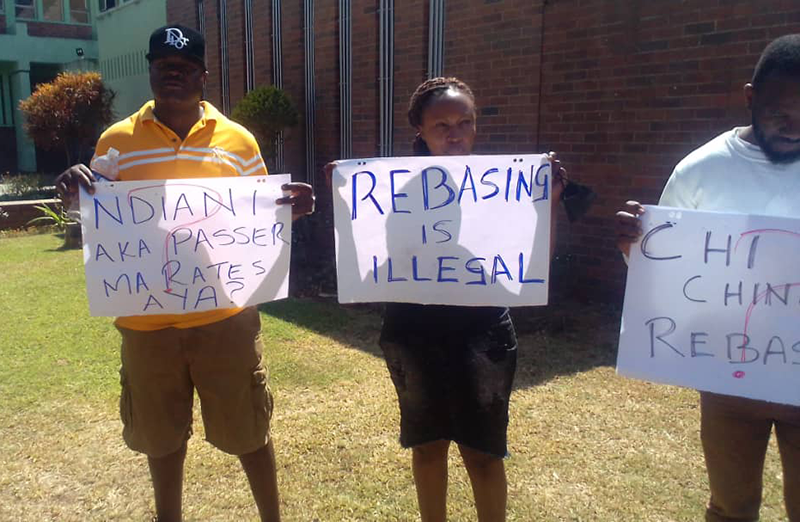 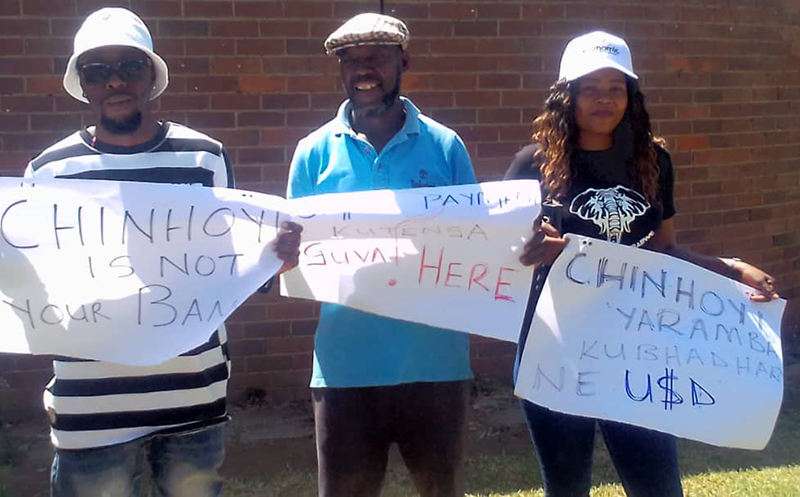 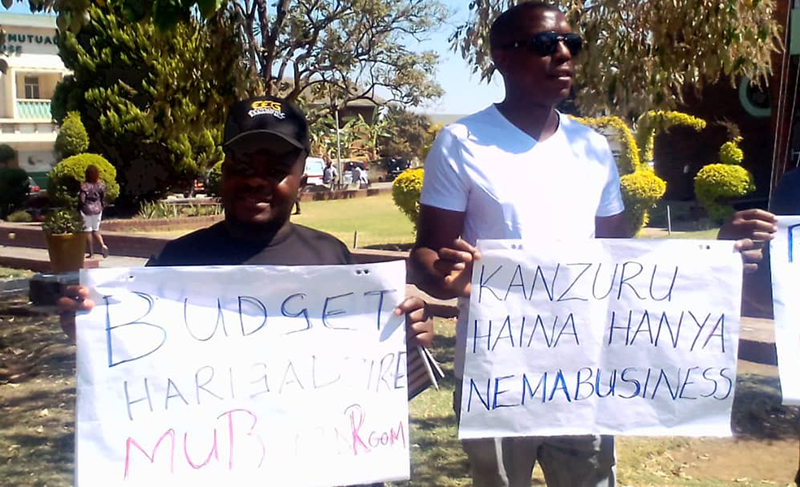