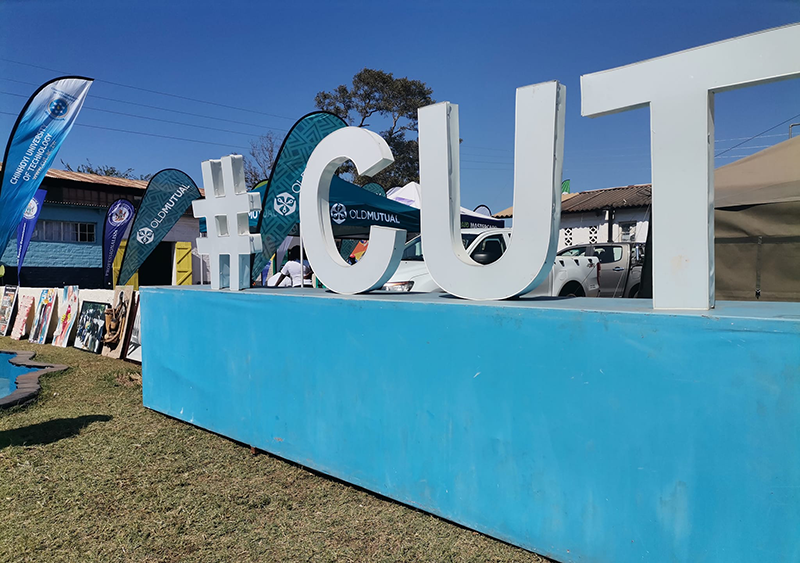 SCORES of Chinhoyi University of Technology (CUT) students Sunday afternoon blocked roads leading into campus in protest over the prolonged unavailability of water and electricity at the institution.

The flash demonstration was triggered by the varsity authorities’ failure to urgently address the twin crisis at a time learners are sitting for end-of-year examinations.

According to sources who spoke to NewZimbabwe.com, water taps ran dry over a week ago while it had been three days and nights without electricity to power gadgets such as laptops and phones, which students use to study.

“The sanitation situation at campus had become unbearable in view of the water crisis and non availability of electricity, particularly at a time we are writing end of year exams,” said a learner, who requested anonymity for fear of victimisation.

“It was particularly difficult for female students, some of who are going through their menstrual cycles. Toilets are overflowing with excreta and sanitation is compromised and we could not take it anymore.”

The potentially explosive situation was later diffused after university officials and students’ leaders engaged in talks and agreed to have the water and electricity crisis fixed urgently.

By the time of writing water bowsers were already spotted ferrying supplies to hostels while authorities had reportedly mobilised fuel for generators to light up the university.

Although these were temporary measures, long term solutions were yet to be found, amid reports Zimbabwe Electricity Transmission and Distribution Company (ZETDC) was yet to fix fallen electricity lines supplying power to the varsity.

In the protest aftermath, litter was strewn along the main road into campus, the only remnants of the chaotic scenes that played out at the university.

Efforts to get comment from CUT acting director marketing and public relations, Gifford Chikuya were fruitless by the time of publishing.