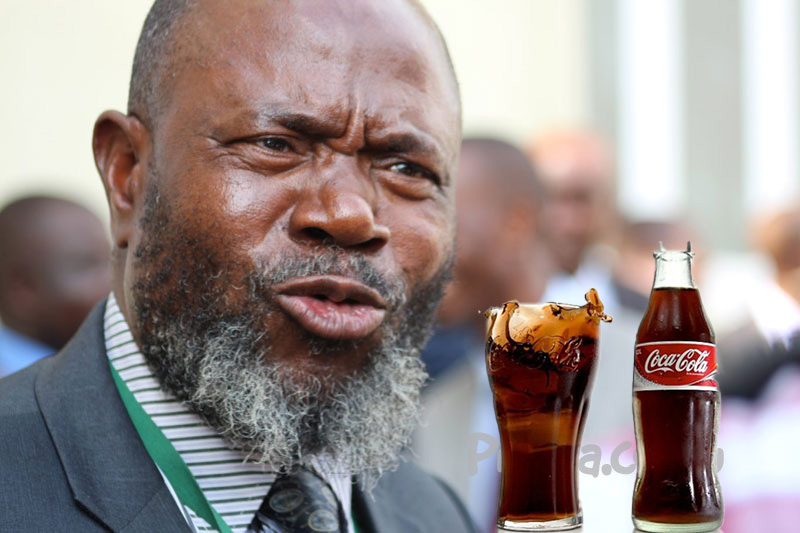 BUHERA South legislator Joseph Chinotimba was reprimanded by the Speaker earlier this week after he expressed outrage over the price of food at Parliament, citing in particular the cost of a bottle of Coca Cola.

The ruling Zanu PF party MP said prices of basic commodities were spiraling around the country, adding that it was unacceptable that legislators were being forced to pay $4 for the fizzy drink at the Parliament canteen.

“The price of goods is increasing, and I have noticed that the origins of all these price hikes is emanating from Parliament,” he said.

“Parliament is selling the soft drink-coca cola for a $4 and yet Delta (the beverage’s local producer) did not increase anything.

“In the hotels also where we are staying, the drinks are being sold at $4 yet again Delta did not increase the price of its products.  I lay the blame squarely on the administration of parliament.”

Chinotimba, popularly known as ‘Chinos’ continued: “As Members of Parliament, we talk to the public and they are complaining about price hikes of these food stuffs.

“Again, here at our Members’ (canteen) we are buying sadza for $3 and coca cola for $4. As Parliament, we are the perpetrators of the increase of these prices.

“It is either that we provide our own food, or we get alternative service providers. This is a reflection of the public which is suffering from the astronomic rises of the prices of goods and services.”

Mudenda reminded the MP to go through proper channels in raising his grievances.

“When we want to discuss Members’ welfare issues, we do that in the Speaker’s Office,” said Mudenda.

“Those issues are purely administrative; therefore, if you have queries, come to the Speaker’s office and address all these issues under the Committee of Standing Rules and Orders.

“So, Hon. Chinotimba, there is this Committee and they know how best to do with those issues.”

Mudenda also reprimanded other legislators for applauding Chinotimba and challenged them to read the Standing Rules and Orders.

Zimbabweans have seen prices of basic commodities spiral in recent weeks while incomes have remained stagnant and effectively been eroded by inflation.

The price hikes were blamed in monetary and fiscal policies announced by the government in what was described as a necessary austerity regime aimed at righting the country’s long struggling economy.