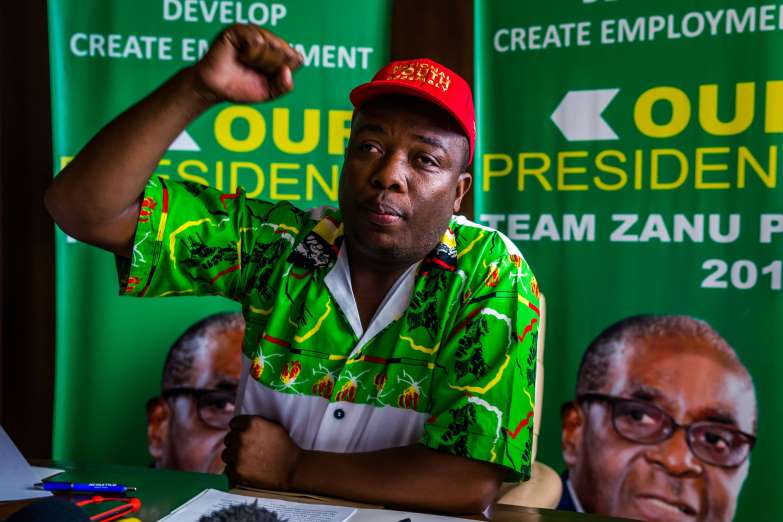 Chipanga is accused of communicating falsehoods, causing dissatisfaction in the army and undermining public confidence in the Zimbabwe Defence Forces (ZDF).

This is after he allegedly published a statement denigrating then Zimbabwe Defence Forces commander, Chiwenga during the coup which toppled then President Robert Mugabe.

Chipanga accused Chiwenga of having generated a statement which has been the basis of a criminal charge he is facing.

He is seeking a review of his application requesting the statement by Chiwenga among other particulars.

Harare magistrate Edwin Marecha dismissed his application saying what the State had provided him and his colleagues, Munyaradzi Hamandishe and Rodney Dangarembizi was enough for them to draft their defences.

Chipanga said this was not fair adding Chiwenga should be in the dock as well because the contents of his coup statement issued November 13, 2017 were criminal too.

“For instance, the indictment alleged that I (Chipanga) gave a statement at a press conference referring to an earlier statement by Commander, Defence Forces, Constantino Guvheya Chiwenga.

“The statement by Chiwenga becomes self-evidently important to us.

“If for instance, the statement by Chiwenga was seditious, which it was, what Chiwenga then said was criminal,” Chipanga said.

“That aspect would then absolve me of any wrong doing. This is because contrary to what the State alleges, it is in fact Chiwenga who is the complainant in this case.

“He cannot benefit from his own wrong-doing. The same argument goes to the rest of the requested particulars. Once provided, they absolve us.”

Chipanga said the magistrate must not be allowed to dictate “how we conduct our defences or to decide for us which information is necessary for our defences”.

In his founding affidavit, Chipanga, also former Makoni West legislator, said on April, 1 2019 he wrote a letter to the Prosecutor General (PG) requesting certain particulars to enable him to prepare for the trial but the State failed to do so.

He said the investigating officer was called to give evidence and he (IO) told the court he was in a position to furnish Chipanga with the information he needed but only if he was directed by the court to do so.

Chipanga and his colleagues were arrested in November 2017 following a press conference that was held at the Zanu PF Headquarters in Harare attacking the army and Chiwenga.

After issuing the statement, Chipanga apologised on national television saying denigrating the army was the worst thing he ever did.

A visibly frightened Chipanga said at the time he was “overzealous” because of his “young” age.