CHIPINGE: The MDC Alliance Chipinge councillor for Ward 8 Chrispen Rambu who was arrested last week after sending a WhatsApp message describing President Emmerson Mnangagwa a fool, was Saturday granted a $500 bail by a local magistrate.

Rambu, facing charges of undermining the authority of the president, appeared before Magistrate Elizabeth Hanzi who remanded him out of custody.

He is denying the charges. 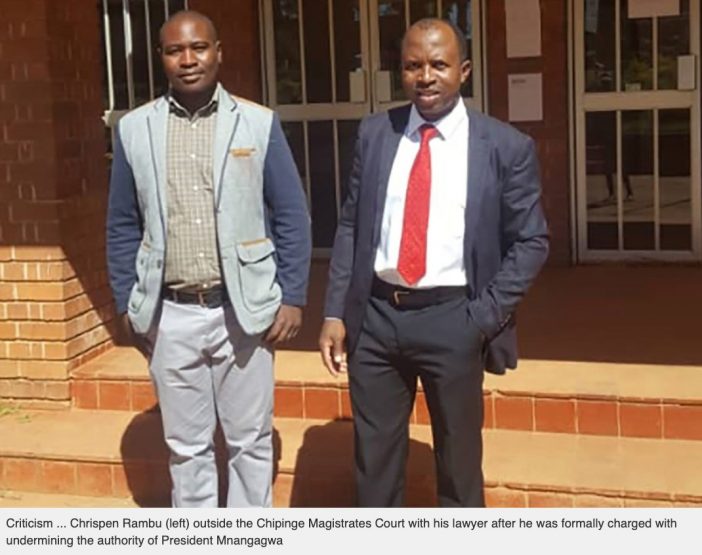 Prosecutors told the court that Rambu on April 21 at 9 pm allegedly sent a message on a Chipinge Central Development WhatsApp group that is composed of leading community leaders including senior government officials in the district.

According to court papers, the message read; “(South Africa President Cyril) Ramaphosa just announced R500bn stimulus package seeing him addressing and comparing him to Mnangagwa, you won’t doubt that we are having a fool for a Head of State”.