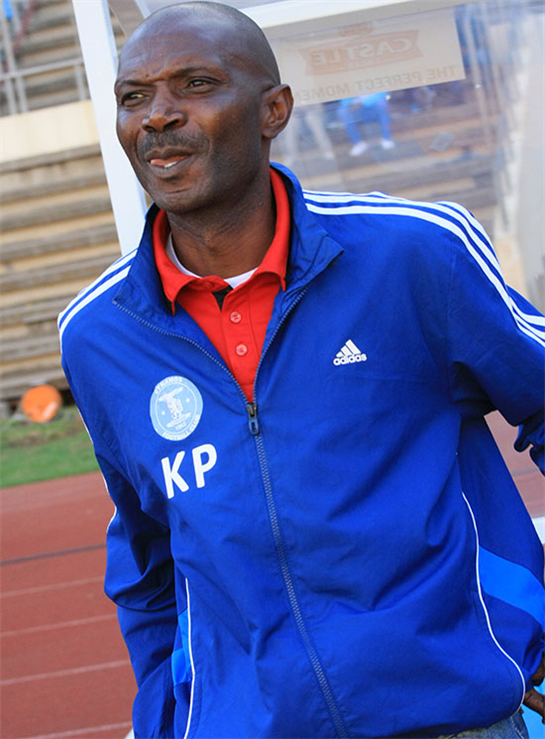 BOTTOM side Chiredzi FC face a difficult trip to Harare for a date against defending champions Dynamos in a Castle Lager Premier Soccer League match at Rufaro on Wednesday.
However coach Gishon Ntini while acknowledging he faced a challenge remains confident of scraping a win against his illustrious opponents.
“They (Dynamos) have an upper hand because they will be playing at home. They are also non top of the log. It gives them psychological advantage,” said Ntini.
“It is a tough assignment but we are going there to play our normal game. We only need to believe in ourselves.
“The situation we are in right now is not good and we need to pick ourselves up and every game is very crucial to us.
We need to try and get points and Dynamos can underestimate us at their own peril.”
However, some of his players David Temwanjira, Tawanda Muendi and Ronald Sengu have some knocks and he hopes they will be fine by the time they play Dynamos.
Chiredzi are at the foot of the table with a paltry 11 points from 21 matches. They have won just two, drawn five and lost 14 since the start of the campaign.
They have lost their last three matches against Hwange (0-2), Chicken Inn (0-1) and Caps United (0-3).
After their assignment against Dynamos they will be at home against fellow strugglers Bantu Rovers in their next match.
Dynamos however, are coming from a 2-1 win over Triangle having been held to a 1-1 draw by Hwange in a midweek match.
The Harare side lead the league table with 39 points from the same number of matches with Highlanders and ZPC Kariba trailing on 38 points each.
They are also boosted by their recent triumph over How Mine which saw them reaching the final of the Net One Wallet Cup in which they will meet Triangle.
FIXTURES
Wednesday: Chapungu v Chicken Inn (Ascot Stadium) 1500hrs, Dynamos v Chiredzi (Rufaro Stadium) 1500hrs, Highlanders v Buffaloes (Hartsfield Stadium) 1500hrs, Black Rhinos v Harare City (Rimuka Stadium) 1500hrs, Triangle United v FC Platinum (Gibbo Stadium) 1500hrs
Thursday: Shabanie Mine v Hwange (Maglas Stadium )1500hrs Bantu Rovers v Caps United (Hartsfield Stadium) 1500hrs
Friday: How Mine vs ZPC Kariba (Hartsfield Stadium) 1500hrs