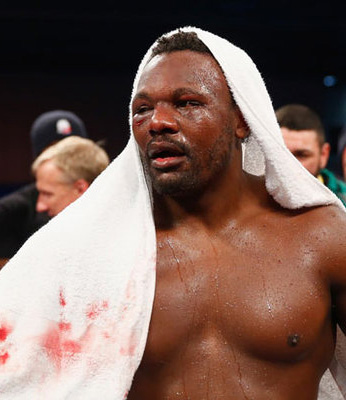 DERECK Chisora’s coach Don Charles believes the British heavyweight should stay away from boxing and consider his future after he “failed to get out of first gear” during his crushing defeat at the hands of Tyson Fury at the ExCeL Arena last weekend.
Fury claimed the European heavyweight title and regained the British belt with a dominant display over 10 rounds against Chisora before Charles threw in the towel, a decision he admitted he had considered as early as the fifth round.
And Charles, who has worked with former world title contender Chisora for over a decade, reiterated that his time as the Londoner’s coach may be up in the wake of a defeat he had feared was on the cards on the day of the fight.
“When we got into the venue, I picked something up,” Charles said.
“The ring walk, I also picked something up there. And in the second round I realised something was drastically wrong. There was a sense of panic in his eyes.
“We’ve been training for eight months for that day, so you try the best you can – the fighter and the team – to bring him back to what he naturally does.”
Charles admitted that he could and perhaps should have stopped the fight earlier as Fury’s tactical switch to southpaw undid his charge, but held off in the hope Chisora would show some of the form he had shown in training.
“This was the most confident we’d ever felt going into any fight,” Charles said.
“Every time I went to throw the towel in, he revved up to attack, so you hesitate. It just happened so fast, and you can’t believe what’s happening in front of you – that was not the script.
“It was like he was revving, but he didn’t get out of first gear.”
Charles stated in July that he would resign as Chisora’s coach should he fail to beat Fury, and admits that both boxer and coach must assess their futures over the coming weeks.
“As a coach I’ve been given so many chances to pull it off. We’ve fought at the highest level but every time we’ve fallen short.
“Something is fundamentally wrong. Maybe I don’t belong at this level, but the fighter has to look at himself. The fighter has to look at it and say, do I still want to do this, is this what I want to do for a career.”
First, however, Charles has urged Chisora to take time to recover both physically and mentally from a chastening second encounter with Fury.Advertisement

“It’s all well and good when somebody’s physical wounds heal but you don’t see what’s going on inside,” Charles added.
“Me personally, I think he should take time off boxing. He’s a young man, he’s just had a new child – enjoy your child.
“Since I’ve known Dereck, for the last 12 years, all he has done is train and fight. He needs to have a little time away from boxing and look at it again.”