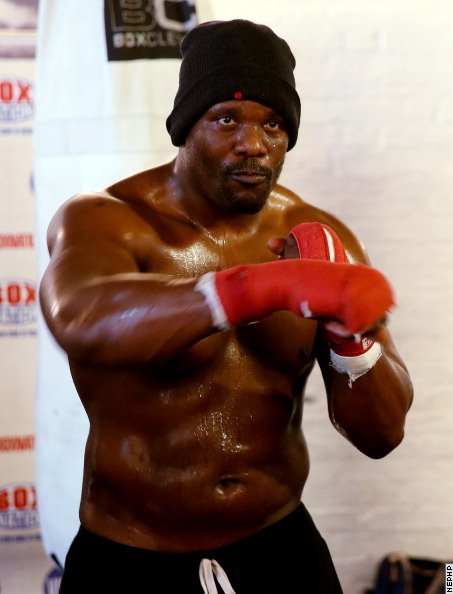 LONDON: Fiery heavyweight Dereck Chisora has been fined £25 000 and received a suspended two-year ban for hurling a table at a press conference to promote Saturday’s bitter bout with British champion Dillian Whyte.
The British Boxing Board of Control (BBBC) – who have withdrawn 32-year-old Zimbabwe-born Chisora’s licence before for disciplinary reasons – have also deemed the fight will no longer be for the British title.
It will, however, still be a WBC world heavyweight title eliminator fight, although the duo will weigh in at different times and not face-off as Wednesday’s ill-tempered press conference is not the first time they have clashed out of the ring.
“The Board considered the matter with great care and concern,” read a statement form the BBBC.
“Mr. Chisora’s previous record, which is not good, was considered, as was a letter written to him, his opponent Dillian Whyte, his manager and the promoters by the General Secretary of the Board, dated the 16th November 2016, warning them that they should not misbehave and bring the sport of boxing into disrepute prior to the contest.
“Having viewed and listened to a recording of what occurred the Board concluded that Mr. Chisora’s behaviour fell far short of that expected from a licensed boxer.
“Indeed his behaviour was wholly unacceptable and deserving of punishment.”
Chisora previously fell foul of the BBBC when they banned him for his behaviour before and after a world title fight with Vitali Klitschko in 2012.
They withdrew his licence to box after he slapped Klitschko at their weigh-in for the world title bout in Munich and spat water in the face of his opponent’s brother, Wladimir.
Chisora subsequently brawled with former world heavyweight champion David Haye at the post-bout press conference after they exchanged insults.
Chisora and Whyte’s unappetising promotion for the bout – which is on the undercard of Anthony Joshua’s world heavyweight title defence against Eric Molina in Manchester – comes a week after Haye threw a punch at fellow Briton and WBC cruiserweight champion Tony Bellew in a press conference to promote their fight next March.
Advertisement