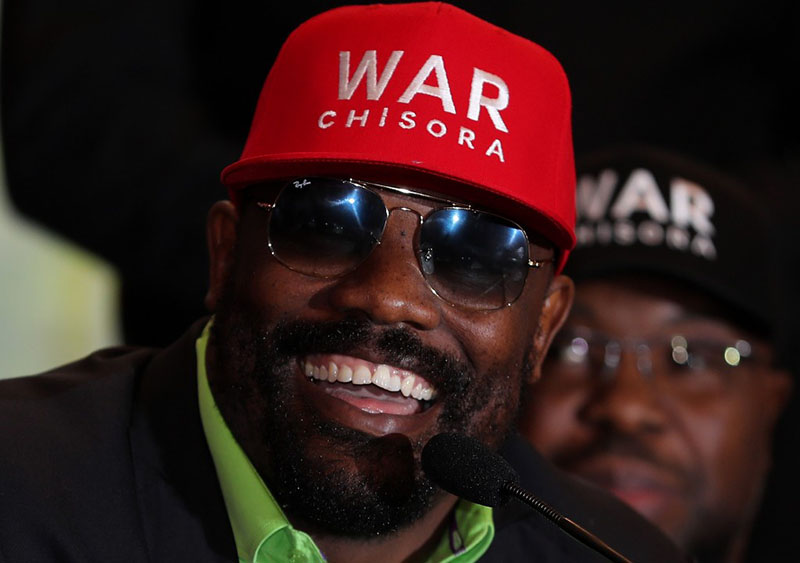 ZIMBABWE-BORN British heavyweight boxer Dereck Chisora has confirmed linking up with Buddy McGirt, the 2002 Boxing Writers Association of America trainer of the year, ahead of his May 1 clash with New Zealander Joseph Parker in which a win could earn him a second crack at a world title.

Chisora’s career has been on a resurgence under the guidance of former rival turned business manager David Haye, but an improved performance was not enough to conquer Oleksandr Usyk on October 31 last year.

Announcing the switch, Chisora wrote on Twitter: “Building on the team, preparing for war!’ Getting the work in with Buddy McGirt and @LondonShoot this morning 💯#ChisoraParker.”

Chisora and Parker were originally due to face off in 2019 before the New Zealander was forced to withdraw after suffering a rare spider bite.

But now, after the pair agreed to the fight on FaceTime earlier this month, the two heavyweights will slug it out on May 1.

And Chisora has upped his training by announcing that respected American McGirt has joined his camp.

Chisora is coming off the back of a unanimous decision defeat to Usyk in October, his tenth professional loss.

He recently said about the upcoming fight: “I’m looking forward to the fight, I cannot wait to get back in the ring! I love fighting; it is what I love the most.

“Good luck to Joseph Parker and his new team, we shall see you for WAR on May 1!”

With the WBO looking very likely to strip their version of the heavyweight title away from the winner of Anthony Joshua and Tyson Fury’s planned unification mega fight, the winner of Chisora vs. Parker will be in a very healthy position to challenge one of the sanctioning body’s top two contenders, Usyk and Joe Joyce, later in 2021.