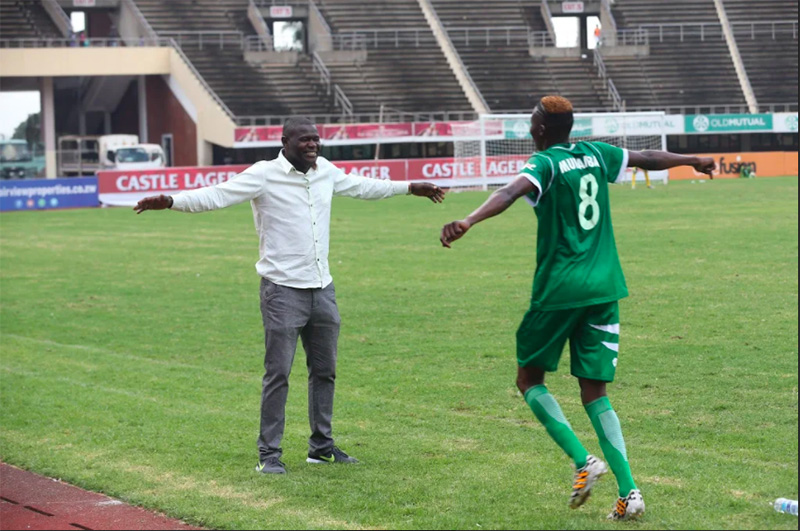 CAPS United coach Lloyd Chitembwe is hopeful of completing the signing of veteran striker Dominic Chungwa ahead of the start of the new season following his recent return from an unsuccessful stint at South African Premiership side Polokwane City.

However after failing to make an impact at the Polokwane-based side Chungwa has retraced his roots back to CAPS United and has been training with the side with the view of inking a new contract with the side that gave him fame.

CAPS coach Chitembwe revealed on Thursday that Chungwa was happy to be back at the club and could fill one of the two remaining slots in his squad ahead of the new season.

“We still have two slots in our squads and he’s doing very well. He’s happy to be here, and he’s been very exciting in training. It’s really looking good and things are working really well for us,” Chitembwe said.

Chungwa’s return would be another major signing for CAPS United, who have done some good transfer business during the off-season.

Makepekepe managed to lure back exciting winger Phineas Bamusi from Triangle before capturing the signature of highly-rated winger Gabriel Nyoni from Highlanders as well as Clive Rupiya and Pride Zivengwa from Chapungu and TelOne FC respectively.

Chitembwe also revealed that midfielder Ronaldo Chitiyo was on course to full recovery ahead of the new season after suffering a right knee injury at the beginning of last year when he was a hit by a car in Epworth.

“We’ve about five more friendlies to go before the commencement of the season, we’ve done enough and we don’t want to play too many of these games because you risk fatigue before the end of the season.

“So you really need to strike a balance of preparing the team, as well as making the team perform because if you’re to play too many of these friendlies before you reach half of the season the players will be fatigued,” said Chitembwe.