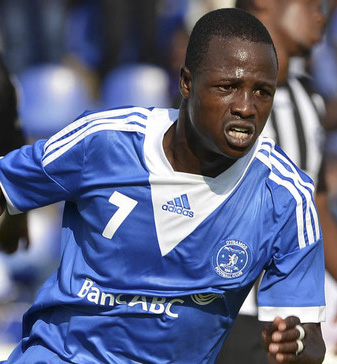 RONALD ‘Rooney’ Chitiyo has re-joined Dynamos on a one-year deal after a possible move to South Africa failed to materialise.
He immediately started training with team at Prince Edward High School on Tuesday.
Dynamos secretary Webster Chikengezha confirmed the signing of the talented midfielder.
The Dynamos boss however, said there was a provision in the contract which allows Chitiyo to join a club of his choice if an opportunity arises.
“He signed a one year deal. We are done with him. But there is a provision in the contract which allows him to join any other club outside the country if there is an opportunity,” said Chikengezha.
Dynamos coach David Mandigora, a longtime admirer of the former Monomotapa forward, said he was happy to get his man.
“I have always said Chitiyo is a good player,” said Mandigora.
“I have always wanted to have him in my team but he had already made plans when I was appointed coach. Now I have him in my team.
“He is a very creative player and I hope he will be with us for a long time.”
Chitiyo was a key member of the squad which lifted their fourth successive championship under Calisto Pasuwa last season.
He had however not renewed his contract which expired on December 31 after setting his sights on joining Royal Eagles of South Africa.Advertisement