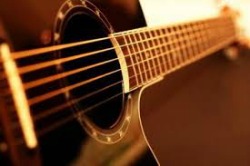 A 33 YEAR OLD Chitungwiza man Thursday appeared in court on allegations of murdering one Nigel Matava in a bid to steal his guitar.
Nesbert Nyamasoka appeared before magistrate Babra Chimboza and was ordered to apply for bail at the High Court.
Nyamasoka was arrested while selling the guitar he stole from the deceased to one Robson Mutsvangiri.
According to the state, the incident occurred November 9 last year when Matava was coming from his church in Chitungwiza where he spent the day doing singing rehearsals.
Court heard it was around 8pm when Matava parted with other congregants from his church and Nyamasoka, with his accomplices still at large, waylaid him.
They then attacked him and undressed him before they used his jean trousers to tie his hands.
Prosecutors allege that Nyamasoka and his counterparts went on to beat Matava who died on spot.
Nyamasoka and his accomplices then stole his pair of shoes, guitar, a cap and a bag before they vanished into the darkness.
He was arrested on May 8 this year when he was selling the guitar.Advertisement